The Bourne Legacy has no Bourne 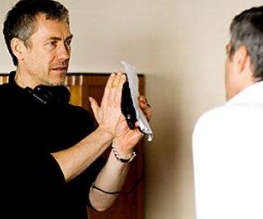 Last week we reported that Bourne writer Tony Gilroy had taken on the directing position for the fourth Bourne film; The Bourne Legacy. The question was, was Matt Damon going to get involved? We can confirm today that big man Bourne will NOT feature in the new film (what?!), and so Matt Damon is out on his ear.

Gilroy has confirmed that the new film is not a prequel or a reboot, but rather an off-shoot from the original idea, set in the same “world” of Bourne. So if the titular character is not longer in it, how exactly is this a Bourne film?

“The easiest way to think of it is an expansion or a reveal,” says Gilroy, “Jason Bourne will not be in this film, but he’s very much alive. I’m building a legend and an environment and a wider conspiracy. Everything you saw in the first three films actually happened, and everyone who got into it will be rewarded for paying attention. We’re going to show you the bigger picture, the bigger canvas.”

Hmmm. That sounds to us a bit like Hollywood speak for “we want to use the same font on the posters.”

So, no Greengrass, no Damon and apparently no real link to the original premise. Is this a project we care about? Let us know your thoughts…