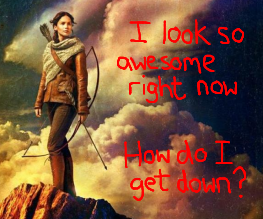 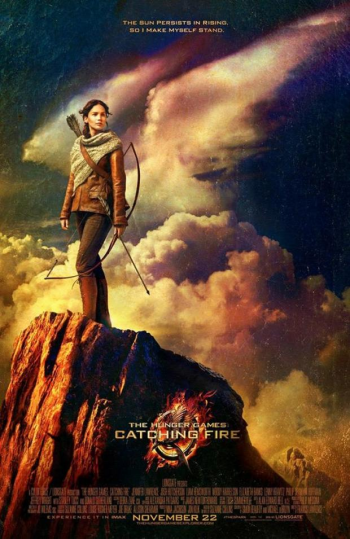 Now THAT’S a poster. Look how mysterious and defiant Jennifer Lawrence is up on that rock. She’s in the prime of her career at the moment, after winning the Best Actress Oscar for the fantastic Silver Linings Playbook. She’s also set to reprise her role as Mystique in X-Men: Days Of Future Past. We’re big fans, and as such are super excited for The Hunger Games: Catching Fire, set for UK release on 22nd November 2013. Don’t forget to check out the trailer, too!

Are you revved up for The Hunger Games: Catching Fire? Isn’t Jennifer Lawrence just amazing? Just look at that pose!