The Tangled Webb of the New Spider-Man 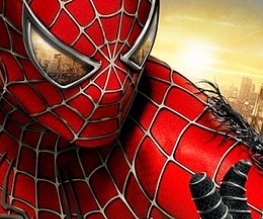 Just as we all expected following Monday’s big announcement that Sam Raimi and Tobey Maguire are out of the next Spider-Man film, speculation on who will direct Sony’s reboot is already rife. The front runner so far? 500 Days of Summer‘s Marc Webb.

The director of last year’s most charmingly kooky romance has already met with the film’s producers and studio execs to discuss the possibility of coming on board. He’s on the team’s wish list for sure – but then again, so are James Cameron, Fight Club‘s David Fincher and Wes Anderson, according to Empire, so it doesn’t seem like Sony have nailed down exactly what flavour they want the film to have yet.

The advantages of a smaller name like Webb for the studio are obvious – he’s got less bargaining power and will take orders (and budget cuts) well, issues which no doubt contributed to the downfall of Raimi’s Spider-Man 4. He’s young enough to develop believable teen characters for the cast to play with, and compared to someone like Cameron, he’ll no doubt be a bargain.

With Sony trying to fast-track their remake for a shoot date later this year so it can hit cinemas for summer 2012, we can expect them to nail down a director pretty quick smart. Will it be Webb? Watch this space!

Do you think Webb could spin (teehee) Spider-Man the right way? Got a better suggestion for a Spidey director? Let us know!