The X Men 4 writer is revealed 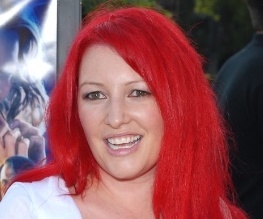 …Well, sort of. Once again Twitter, that elusive ferret of a medium, has provided answers to the questions we’ve all asking. It looks like Jane Goldman – penner of the screenplay for Kick-Ass – is writing the next X-Men film. And how do we know? Husband Jonathan Ross can’t help but tweet about it.

Last night Ross caused world-wide excitement with a simple tweet stating “The wife is away writing X-Men 4, so I am off to bed with little Sweeney alone.” Now, before we jump to any mad conclusions, we’re guessing that by “X-Men 4” he means the upcoming X-Men: First Class ; the prequel that will focus on the relationship between Charles Xavier and Erik Lehnsherr, aka Magneto, and the founding of Xavier’s School For Gifted Youngsters. Though the way in which the world learnt this news is pretty ridiculous, the news itself isn’t that surprising – we’ve all sort of been expecting this since we learn that Kick-Ass director Matthew Vaughn is helming the project. Either way, with the pure awesomeness that was Kick-Ass you’ll get no complaints from us. The only question is, is Wossy in trouble for wevealing the news?

Pleased that Goldman and Vaughn are back together? Let us know below!