Three Men And… another sequel? 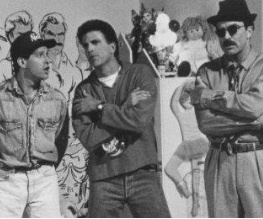 When asked about the possibility of a second sequel, Selleck recently said: “It is true that Disney checked my availability. And I know they checked Ted’s and Steve’s, and then had a script written, I think tentatively called Three Men And A Bride, which kind of says it all.”

Now, we loved the Danson, Selleck and… the other one… team as much as anyone else. But do we really need a Three Men sequel twenty years down the line? Is this a joyous return to a much treasured franchise, or just another case of milking a frail old cash cow for the remaining drops? Only time will tell, we suppose. But at least this time around, Danson won’t need a plasticine mask to play a withering old man…

Three Men And A Shameless Cash Ploy? What do you reckon?

Previous: The Road: DVD Review
Next: Sex And The City 2