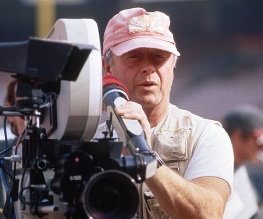 Hollywood is still reeling from the death of Top Gun director Tony Scott – younger brother of Alien visionary Ridley Scott – and his former leading man, Tom Cruise, has led the rich and famous forward in paying tribute to the “creative visionary”.

“[I] will really miss him… He was a creative visionary whose mark on film is immeasurable. My deepest sorrow and thoughts are with his family at this time.”

And fellow Top Gun actor Val Kilmer was also quick to remember the Tony Scott, dubbing the man as the kindest he’d ever had the chance to work with:

“RIP Tony. You were the kindest film director I ever worked for. You will be missed.”

It seems apparent that Tony Scott, who died after jumping “without hesitation” from the Vincent Thomas suspension bridge, has had a profound effect upon all of the actors, actresses and crew members he has worked with over the years.

Keira Knightley, who worked with Scott on Domino, paid her deepest respects to the director:

“[He was] one of the most extraordinary, imaginative men I ever worked with… one of the world’s true originals.”

Gene Hackman, who worked with Scott on Crimson Tide and Enemy of the State, explained how the director “was always sensitive to the needs of an actor. We’ve lost a wonderful, creative talent.”

Denzel Washington, who worked with Scott on five films, gave the most heartfelt tribute so far, explaining that Tony Scott was more to him than a colleague – he was a friend as well:

“Tony Scott was a great director, a genuine friend and it is unfathomable to think that he is now gone… He had a tremendous passion for life and for the art of film-making and was able to share this passion with all of us through his cinematic brilliance”.

Our thoughts are with the Scott family at this difficult time.