Tom Cruise to star in most dreadfully titled film ever 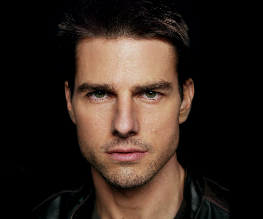 We’re not going to waste your time with nonsense this morning (not that we do that), Tom Cruise is in a new film and the film is called All You Need Is Kill. We just… just… Is there nothing left, God? Nothing pure of heart, nothing led by reason and logic and actual sentences? We let you have Mission: Impossible – Ghost Protocol, Tom Cruise. We let that slide, and this is how you repay us?

To be fair (and by fair, we mean needlessly, needlessly generous), it’s going to be based on a Japanese novel of the same name by Hiroshi Sakurazaka. So it’s not like Tom did it on purpose. Though he probably did. The thing is, the story is so brilliantly ridiculous that potentially excellent (and grammatically correct) titles are practically FALLING OUT OF IT. Here’s the synopsis: a solider is killed in a war against some aliens, but as luck would have it, he keeps waking up at the start of the same day over and over, gradually learning techniques that will help defeat the dastardly extra-terrestrials once and for all. It’s Groundhog Day meets Source Code and BOTH OF THOSE FILMS HAD PROPER TITLES.

For the sake of being helpful, here are some names that would be better than All You Need Is Kill:

We’re willing to accept cheques, or the promise that Top Gun will never get a sequel.