Tom Hardy is Sam Fisher in Splinter Cell: The Movie 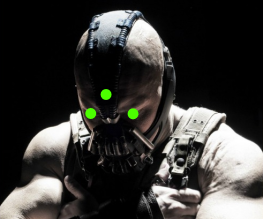 Tom Hardy looks to be following in the footsteps of Michael Fassbender in Assassin’s Creed, and has signed up for the lead in the game-to-film adaptation of Splinter Cell. Not much has been heard of the Splinter Cell film since it was vaguely announced in 2005, and most supposed it had been quietly terminated. Not so! Tom Hardy is a big get for the struggling project. Could this adaptation actually be any good?

We ran the probability of Splinter Cell: The Movie starring Tom Hardy though the Best For Film Statistical Analysis Robot, and the greasy metal bugger spat out “NOT BLOODY LIKELY, MATE”. Rotten Tomatoes informs us that the highest rated computer game film is Final Fantasy: The Spirits Within, with a groundbreaking 44%. Let us reiterate: the Final Fantasy film is best computer game adaptation to date. Jesus.

Still, Tom Hardy could make us eat those words. Along with Michael Fassbender in the lead role for the Assassin’s Creed movie, we could be entering a golden age of game-movie hybrids. If there is any man capable of leading us into this brave new world, it is Tom Hardy: Professional Beefcake.

The Splinter Cell games feature a good deal of espionage, sneaking around, killing quietly, that sort of thing. The most iconic image from the games is the protagonist Sam Fisher in his sneaking get-up, featuring his recognisable night vision goggles.

No word as to whether the old voice actor for Tom Hardy’s character Sam Fisher will make an appearance. Legendary Badass Michael Ironside voiced Fisher for all the previous Splinter Cell games, although he won’t be reprising his role for the currently in-development iteration of the game franchise. Even Tom Hardy couldn’t beat Michael Ironside in a fight.

Let us hope that the Splinter Cell film is not Best For Film’s reckoning when it sneaks into cinemas through the air ducts.

Is another computer game film really necessary? Can Tom Hardy save Splinter Cell?

Previous: Oz The Great And Powerful debuts international trailer
Next: People Like Us