Tomb Raider to go back in time 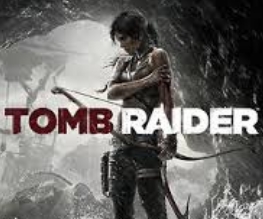 Lara Croft. A gaming legend for being one of the first and few female characters born out of a mainly male-driven universe. For 17 years she’s been an intellectual dynamo and a total kick-ass, taking the vocation of British archeologists to a level of cool it never aspired to. But unlike other icons of our time such as Grace Kelly, Helen Mirren and Judi Dench, our Tomb Raider seems to be not allowed to age gracefully… or age period.

It will all start with the latest Tomb Raider game, produced by Crystal Dynamics and set for release in the UK on the 5th of March this year, which will rewind the clock to a prequel storyline. Croft will not be the tried and true heroine but a 21-year-old edition in her first adventure, fighting for survival on an enigmatic island.

Head of studio, Darrell Gallagher, has put the gaming company in direct contact with GK Films in order to ensure the ensuing Tomb Raider movie will have the same focus on character as the game has attempted. Oscar-nominated writers Mark Fergus and Hawk Ostby (of Children of Men and Iron Man fame) have been rumored to be working on a Tomb Raider script akin to the gritty style seen lately in the reinvigorated Batman and Bond franchises.

Angelina Jolie was the first to bring the Lara Croft character to life on screen, in two blockbuster movies, Lara Croft: Tomb Raider and Lara Croft : Tomb Raider – The Cradle of Life, that had lukewarm receptions at the box office.

So maybe a reboot is indeed what is needed. But if so, who do you think will be tapped to take over the role of Lara Croft? Better yet who would you love to see filling out the role? Tell us your deepest, darkest thoughts here!

Previous: Spielberg and Kubrick take on Napoleon
Next: Rebecca Hall on board for Transcendence