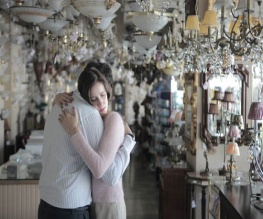 Giorgos Lanthimos, director of award winning Dogtooth, has returned with the highly anticipated Alps. The film premièred at the Venice Film Festival this year to great success, scooping up a nomination for the Golden Lion award. It tells the story of a group of people who provide a peculiar service. A nurse, a paramedic, a gymnast and her coach can each be hired out to substitute a lost loved one, in hopes of aiding the grieving process.

The film stars Aris Servtalis, Johnny Vekris and Aggeliki Papoulia (who also appeared in Dogtooth). It will be shown at the Toronto International Film Festival (TIFF) later this week.

Previous: The 10 Movies We Hope Never To See At The West End
Next: Dexter Series 5