Trailer for Joss Whedon’s The Cabin in the Woods 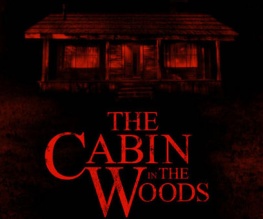 Now – as any self-respecting Buffy/Firefly fan will tell you – the reason we love Joss Whedon so much is because he likes to mess with your shit. Never one for a traditional storyline, Whedon is all about taking conventions and turning them on their head. And his new film, the long-awaited The Cabin in the Woods, looks to be continuing in the same gloriously subversive vein.

The Cabin in the Woods was actually filmed in 2009 – which partly explains the surprising inclusion of Chris Hemsworth (A-list material following Thor) amongst the cast of unknowns – and it feels like there has been a buzz around it for a long while. But FINALLY, a full-length trailer for it has arrived. So have a watch and tell us what you think!

Aghhh! Exciting, so exciting! We love how it starts by exploiting those familiar horror movie tropes – bunch of kids going into the woods, shady yokel, lake – and then suddenly there’s a giant forcefield!!! What?? What is that?! And the shady yokel is like “the lambs have passed through the gate”. And the thing with the doll masks? COOL. We also appreciate that they don’t give away too much, as trailers are wont to do these days. Plus we love the moment where Thor suggests they split up and Fran Kranz says “Really?” because splitting up is always stupid in horror films. And Joss Whedon knows that because he’s clever!! The film was co-written by Whedon and Cloverfield/Buffy/Angel scriptwriter Drew Goddard, who is also directing. We are very excited for this one. The film is due for release next April.

Previous: First poster for Will Ferrell’s Casa de mi Padre
Next: WIN! Tickets to see The Iron Lady a month ahead of its release