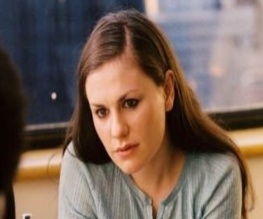 After gifting the world with the wonderful screenplay for Gangs of New York in 2002, Kenneth Lonergan has enjoyed a nine year hiatus from writing screenplays. But he’s making a comeback with the dramatic Margaret, starring a whole portrait of famous faces including Anna Paquin, Matt Damon, Mark Ruffalo, Matthew Broderick and Allison Janney.

For a brief moment we’re fooled into believing it’s going to be one of those kind of films, but thankfully a lady get’s tragically hit by a bus so we can all breath a sigh of relief. The film features high-school student Lisa (Paquin) who lies about an accident she witnessed, but the growing guilt begins to encroach on her life, wrecking relationships and destroying her youthful ideals.