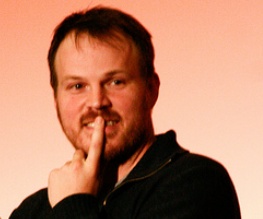 We reported the rumour to you last week, but now it’s official – 500 Days of Summer director Marc Webb will be at the helm of Sony’s Spider-Man reboot. The studio confirmed yesterday in a joint press release with Marvel that Webb was officially signed on for the film.

“This is a dream come true and I couldn’t be more aware of the challenge, responsibility or opportunity”, said Webb. “Sam Raimi’s virtuoso rendering of Spider-Man is a humbling precedent to follow and build upon.”

It’ll certainly be interesting to watch Webb try and build on the existing blockbusters, seeing his budget for the new Spider-Man is a lean $80 million. With the film’s prequel plot (set before Peter Parker became Spider-Man) and a rom-com director on board, we can assume there’s going to be less whizz-bang effects and more teen angst, which, let’s face it, is a lot cheaper. Not sure how it’ll go down with all the comic book nerds out there though.

The script has been penned by complete unknown James Vanderbilt, another example of Sony’s blatant stinginess when it comes to this reboot. Although Zac Efron is reportedly being considered for the starring role, it’s more likely the cast will be comprised entirely of unknowns to keep the costs even further down.

Still, after the unique gem that was 500 Days of Summer, we’re optimistic that Webb might be able to inject some life into this bargain-basement turkey. Here’s hoping he can stop it from becoming the Primark of film remakes.