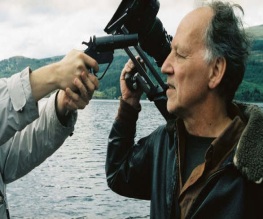 Werner Herzog has announced that he is positioned to adapt DBC Pierre’s much-lauded satirical novel Vernon God Little. With an upcoming turn as Jack Reacher‘s Euro-baddie (we hope he retains his recognizable German twang), and a stint behind the camera on Gertrude Bell biopic Queen of the Desert, Vernon is one to look out for on the horizon.

After last year’s Into The Abyss, Werner Herzog’s documentary on a harrowing Texas murder and the perpetrators’ ensuing journey through death row, Pierre’s Booker-winning novel is somewhat familiar territory.

Vernon is a fifteen year-old Texan whose friend Jesus Navarro has just killed sixteen of their classmates before committing suicide. Suspected of involvement, Vernon flees to Mexico in a story recalling novels as wry and satirical as Catcher in the Rye, The Adventures of Huckleberry Finn and A Confederacy of Dunces.

As anyone who saw his frankly insane re-imagining of Abel Ferrara’s Bad Lieutenant will attest, Werner Herzog is a director who is left well alone in his little corner of Hollywood. Such independence surely bodes well considering Vernon God Little‘s reputation as a modern classic and its comically pitch-black subject matter. Safe hands might be an overstatement given Werner Herzog’s maverick nature, but we can be sure it will be on the more interesting side of Prestigious Novel Adaptation when it finally rears its head.