Will Tom Hooper’s Les Mis be shot in 3D? 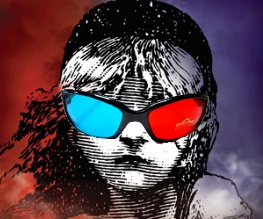 Huh. Just as we thought that everything was going rather swimmingly for team Les Miserables, Hooper throws a 3D curve ball into our unsuspecting faces. Now that he’s locked in the majority of his cast, director Tom Hooper (of All The Awards for The King’s Speech fame) has announced that he’s toying with the idea of shooting the French Revolution-based musical in 3D. Why, Tom? Why on earth would you toy with that?

According to Hugh Jackman (who’ll be playing the lead role of Jean Valjean), Hooper wants to explore how shooting in 3D can enhance character and emotion. Even though it obviously can’t. There are plenty of action sequences in Les Mis, and we’d be willing to concede that a good 3D flag-waving may – possibly – liven up a barricade fight, but will Russell Crowe’s craggy face seem all the more ACTING-FILLED if his emotions are in three dimensions? We’re suspicious. But it’s important to remember that The King’s Speech didn’t seem to suffer at the hands of two simple dimensions, so let’s not assume that the director will shoot in 3D just for the sake of it. For now, anyway.

Stay tuned, and let us know which song would most benefit from EMOTION-POPPING 3D (3D chairs at 3D tables?)