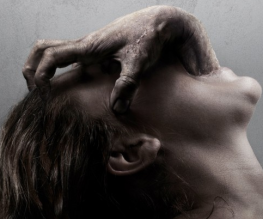 This weekend saw the worst U.S box office gross recorded in four years, as the top 12 releases took a total of a measly $51.9 million. With not one film making over $10 million, ticket sales have been reported as totalling between $65 and $67 million. To put that into perspective, the last time the U.S had a weekend gross this low, Nicolas Cage’s shockingly awful Bangkok Dangerous was at the top of the U.S film chart. Yes, the audiences of four years ago were willing to leave their houses for the express purpose of watching Nicolas Cage act. If that isn’t a depressing indication of the dire state the film industry is currently in, I don’t know what is.

In spite of the low movie theatre attendance figures, horror flick The Possession appears to be faring well, retaining first place in the movie charts for two weeks running and bringing in $9.5 million. Lawless. The Expendables 2 and The Bourne Legacy were all on offer but none managed to really pique the American public’s interest.

One can only assume that the chance to see Tom Hardy, Bruce Willis and Jeremy Renner, running around sweating and being all manly was not quite enough to coax would-be viewers from their sofas. It’s also impossible not to notice the correlation between the dip in cinema attendance and the start of the American football season.

Previous: A flurry of new pictures for The Hobbit: An Unexpected Journey
Next: The Enterprise is on a Star Trek Into Darkness