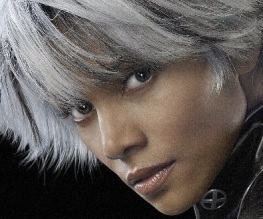 Bryran Singer’s X-Men: Days of Future Past is shaping up to be something of a star-studded extravaganza. In addition to the cast returning from the reboot/prequel X-Men: First Class – Jennifer Lawrence, Michael Fassbender, Nicholas Hoult, and James McAvoy – the film is expanding to include pretty much all of the cast from the original trilogy.

This is possible because the plot of the new film revolves around a story of time-travel that will allow the young and old versions of the characters to shift from one time frame to the other without any of the annoying continuity problems that the merging of prequel and sequel would normally entail.

News about the X-Men reunion has been swirling around for some time, and in addition to Hugh Jackman, who’s returning as Wolverine, former X-Men castmembers Ian McKellan, Patrick Stewart, Shawn Ashmore, Anna Paquin and Ellen Page will all be back for Days of Future Past, which Singer calls the “biggest” X-Men film yet.

This leaves only Halle Berry and Rebecca Romijn, who played Storm and Mystique respectively, from the original cast. Rumours this morning are that Berry, who only agreed to return to X3 with a greatly expanded role, is in talks to come back into the fold.

This leaves Romijn, who sharp-eyed fans will remember did actually have a cameo in First Class. When Raven/Mystique tries to hop into bed with Michael Fassbender’s Erik/Magneto, he tells the seductive shapeshifter that she might have a chance “in a few years”. Raven momentarily changes her appearance to appear older, before Erik tells her he prefers her ‘real’ appearance (blue skin, red hair, yellow eyes – it’s all a bit clashy, tbh). And momentarily older Raven? Yep, that’s Romijn. Could this signal a dual role for her and Lawrence, or will J-Law’s brand new Oscar have made her too arrogant to share?

Excitement should of course not only be confined to the details of the reunion of former cast members, but should and does (at BFF) include the anticipation of new additions. As reported here, Game of Thrones star Peter Dinklage (HALF-MAN! HALF-MAN! HALF MAN! WAAAY! Sorry, GoT is only A MONTH AWAY) has signed up as main antagonist Bolivar Trask. Who else will sign up over the next few months? Is there anyone left? Daniel Day-Lewis probably isn’t doing anything…

Who else should be given an X-Men role? Who do you want more than Tyrion Lannister? LET US KNOW