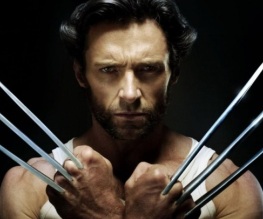 X-Men: Days of Future Past is turning into a big ol’ school reunion, Hugh Jackman being the latest X-grad to RSVP Bryan Singer‘s invitation. Hot on the heels of elder statesmutants Ian McKellen and Patrick Stewart rejoining the gang, The Jacked Man is currently in talks to once again don the adamantium claws.

Of course, since he last starred in a full-fledged X-Men film he’s rarely taken the shiny eye-pokers off. He gifted the world X-Men Origins: Wolverine, popped up in X-Men: First Class telling young Patrick Stewart to go F himself (you can’t do that!) and with The Wolverine released next year, Jackman was bound to clamber on board Days of Future Past. Anything to mark another film with the rebellious scent of Wolverine’s urine.

We’re very happy. The X-Men franchise has been one of the loosest with its history and side projects, so it’s nice to see it come full circle and get the old gang (director included) back for a mingle with the newbies. And we all know what beckons when old and new generations are thrown together. TIME TRAVEL. We’re hoping a sideplot of Days of Future Past involves Wolverine travelling back to kill Cyclops as a baby. Because Cyclops has always been rubbish. Plus it would save Jackman the valuable minutes taken seducing his girlfriend later on. While we wait for the rest of X-Men‘s original cast, crew and caterers to join Days of Future Past, enjoy this aptly titled video: