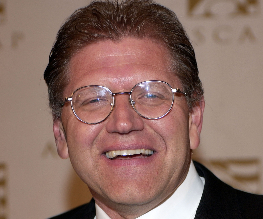 Director Robert Zemeckis may be returning to the genre he knows best: time travel. He is reportedly in talks with Warner Bros to direct a film based on the book Replay by Ken Grimwood. Before you get too excited and start breathlessly panting the words Back to the Future 4, Replay is a very different animal. Not a sniff of Michael J Fox and his baseball cap.

The book centres on radio journalist Jeff Winston, who dies of a heart attack in 1988 only to awaken in 1963 as his 18-year-old self. Winston relives his life but cannot seem to change his death. He dies and awakes again in 1963, remembering his previous lives. Replay deals with the time loop concept (think Source Code, Groundhog Day), pseudo-politico ramblings and romance to boot.

Zemeckis was previously preoccupied with motion capture (see commercial failure Mars Needs Moms) and hasn’t directed a live action film since 2000’s Cast Away. Jason Smilovic will write the script, but no word on casting to date.