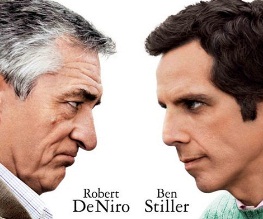 In this crazy genre we call comedy, its often perfectly forgivable that a particular dialogue, a scene, a situation is set up entirely around and for the purposes of a joke. History – Airplane!, anything Python-like, Dumb and Dumber, The Hangover, and so very many more – has shown us that if the gags keep coming, you can get away with pretty much anything, story-wise. However, this relies entirely on actually having some jokes. A problem that the producers of Little Fockers seem not to have considered in any real depth.

So, is there a premise? Sort of. Once again scary father in law Jack (Robert DeNiro) and wife (Blythe Danner) visit son in law Greg (Ben Stiller) and wife (Teri Polo), only this time there some kids popping about, wearing bits of t-shirts and walking into rooms at inappropriate moments. Jack wants to know if Greg is able to run the family after he’s gone, Greg wants to show him he’s more than capable and the camera still just wants to pan to anything with “Gaylord Focker” written on it. The scenes flap colourfully by like a piss-up in an aviary, and before you know it, the whole thing has sailed past with little to no impact. And considering the film is supposed to be about unfortunately named children, they’re hardly in it. Sure, they pop in occassionally to a) be sick on someone hilariously b) fall over hilariously c) swear hilariously, but apart from that its just more of the bloody same, same madness, same “mad” situations flashing at us with loud noises to distract from the fact that nothing is actually happening, that its literally impossible to care about anything or anyone on-screen. Yes, there’s an erect penis. Yes, it has to be injected with things. A child wanders in, the child is traumatised. HAHAHAHA. How did we get to this scenario? It just doesn’t matter HAHAHA – in the time it takes to think about it eight more hilarious things have happened and in order to keep up you must entirely discard any brain activity and absorb ONLY the immediate present or your mind will become clogged with utter, candyfloss dick-joke vomit HAHAHAHA.

The real shame is that the actors are actually working bloody hard. Out of guilt for their easy paycheque? Who knows. Whatever the reason, DeNiro and Stiller do seem to put their all into the paper-thin material, and their talent elevates what could be a train-wreck of a film into something just a bit bafflingly mad. Owen Wilson is as charming as ever as the irreverent predator Kevin, and the spark between him and Stiller is still joyful in a “remember how good Zoolander was?” kind of way. It’s just such a bloody shame. Everyone in this film is talented. The director, Paul Wietz, is talented. How has this happened? No matter. Let us put these tribulations aside, and agree, once and for all, that the joke can now be laid to rest. The nearly-swear-word joke has been told. It’s done. OK Ben? No more. Good. Betray me again, and I’ll fock your shet up. 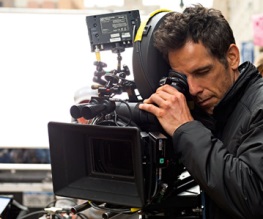