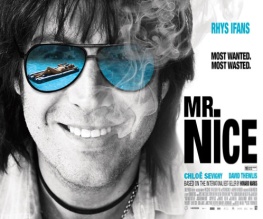 The biopic is, with the best will in the world, a very unreliable cinematic tool. Watching a very well made biopic is among the most pleasurable experiences you can have in the cinema (unless you’re in Soho), but a badly adapted autobiography can be enough to make you wish that its inspiration had died as a child. Happily, Mr Nice falls squarely in the former camp. Adapted from the best-selling memoir of legendary dope smuggler Howard Marks, it is an unashamedly overexcited and unfailingly enjoyable romp through the life of a man who spent decades evading customs, outwitting the courts and getting massively stoned.

Howard Marks (Ifans) grew up in a remote mining town in Wales, and became the first member of his family to go to university when he won a scholarship to Balliol College, Oxford in the mid-sixties. It is here that the film starts in earnest, as Howard is introduced to two things guaranteed to keep his attention for some time; women and drugs. The scales fall from Howard’s eyes (and the film fades from monochrome into glorious Technicolor™) as he takes a hit on his first joint, and he soon falls into a fast and loose lifestyle of free love, bad shirts and hash, hash, hash. However, a couple of years later Howard has straightened out, got married and started to train as a teacher just as the rest of London is embarking on one hell of a trip.

He seems to have left the hippie lifestyle for good, but when a friend is arrested smuggling dope through Germany Howard picks up the car and sells the drugs on as a favour. Cue a revelation – selling drugs pays better than being a teacher! Well, North London’s tender young minds can go and do one – Howard Marks is officially getting his pusher on. With the help of a contact in Pakistan (Omid Djalili) and a perverse ex-member of the Provisional IRA (Thewlis), Marks expands his operation across continents and lets the money pour into his smoky, tie-dyed pockets. His poor wife Judy (Sevigny) is sure something’s going to go wrong… and of course she’s right, but d’you know what? Chill out. He’s Mr Nice.

“The only thing that makes a dealer different from a smoker is that a dealer buys more hash than they could possibly smoke. And believe me, I tried.”

Mr Nice delivers on every level. It is simultaneously a well-crafted comedy (Christ preserve us from ‘stoner comedies’ like Pineapple Express – this is its much more worthy cousin, a funny film which happens to be about hash) and a wry social comment on the frustrating pointlessness of the ‘war on drugs’. Marks and his collaborators are uniformly pleasant and gentle souls, whilst his opponents in Customs & Excise are the small-minded thugs who would definitely benefit from a fat doobie. This point is hammered home by a scene in which Marks is having ecstatic sex with a friend when her boyfriend walks in. Had all involved been pissed there would undoubtedly have been a punch-up; in the film, the cuckold’s momentary outrage is quashed by a lungful of the healing herb.

Candyman director Bernard Rose has done a superb job with this film. Scored by the incomparably brilliant Philip Glass and with a variety of visual effects which seek to ape the expansion of Howard’s consciousness, it is a genuine treat for the senses (particularly if you’re as high as the gentlemen in front of me in the cinema evidently were). Ifans gives one of his most mature performances to date as the carefree stoner who becomes a wanted man, and Chloë Sevigny is less languid and boring than usual as a woman torn between enjoying the excess of her lifestyle and worrying for her husband’s future. David Thewlis’ messed-up revolutionary is a joy to behold, and Omid Djalili saves several humdrum scenes with his oily businessman Makik. Whilst Mr Nice may hold particular interest for veterans of the hippie scene, its unpretentious vibe and standout performances make it a pleasure for all.

Previous: UK Film Events This October
Next: The Death and Life of Charlie St. Cloud 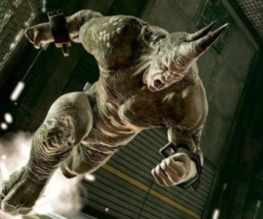 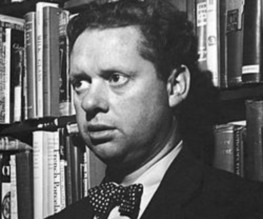