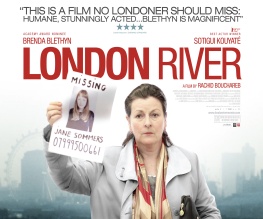 Five years is apparently the amount of time it takes for a humanitarian crisis to become cinematic raw material. In 2006 we were presented with two films which addressed the 9/11 attacks in very different ways – one with a compassionate and inspiring vision of humanity’s potential for greatness in the face of adversity, and the other with Nicholas Cage sporting a moustache and a helmet. Continuing the pattern, Rachid Bouchareb’s London River opened in Britain two days after the fifth anniversary of the 2005 bombings – and unlike Oliver Stone’s gratuitous plundering of the 9/11 tragedy, it seems to have something to say.

“Have you seen my daughter?”

London River follows two individuals who travel to London in search of their children in the aftermath of the July bombings. Elisabeth is a sheltered farmer and war widow from Guernsey, ill-at-ease in the multicultural borough her daughter Jane calls home, whilst Ousmane is an elderly African forester who has travelled from France to find his estranged son Ali. They are repeatedly thrown together through progressively more improbable coincidences, and eventually form a reluctant team when they realise their children were living together.

The film is phenomenally well shot, capturing both the bustle of life in one of London’s most ethnically diverse corners as well as the pall of shock which hung heavy over the city in the days following the bombings. The plot is adequate, although the film’s climactic twist is signposted a good forty minutes in advance, and the characters develop pleasingly and sympathetically as they move towards a greater understanding of each other. One ever-present irritation, however, was the persistent portrayal of Ousmane (a Muslim who speaks no English) as the wiser and more spiritually grounded character against Elisabeth’s petty, ignorant racist – she refuses to shake Ousmane’s hand when they first meet, and when telephoning her family hisses “The whole area’s crawling with Muslims!”. This has ceased to be in any way a challenging position to take – Ousmane is written as a character whose serenity lifts him above the script, and to idealise the main Muslim character in such a transparent fashion is as patronising and tiresome as casting him as a barbarian or a fundamentalist.

Brenda Blethyn delivers well with what must be a very difficult character remit – playing a woman who lacks the substance of a villain, but is small-minded and unpleasant in a very grounded and everyday way. Elisabeth’s splutterings when she discovers her daughter has been studying Arabic – “Who on earth speaks that? I don’t!” – make exquisitely embarrassing viewing, which renders her rather heavy-handed redemption towards the film’s end more satisfying than the moment itself deserved. Sotigui Kouyaté, who sadly passed away in April of this year shortly after winning the Berlin Film Festival’s Silver Bear (Best Actor) for this role, is superb – each lingering look and faltering step from Ousmane is imbued with the patience and understanding which Elisabeth lacks. Regardless of my reservations as to the character itself, Kouyaté’s performance was a fitting swansong for such a distinguished actor.

A sensitive journey through a city’s shared torture

London River is at all times painfully aware of its responsibility to the hundreds of families whose lives must mirror Ousmane and Elisabeth’s search, and the storyline suffers as a result. However, this is not a plot we need to have hammered home – very few people will watch London River without some knowledge of the July bombings, and the film’s worth rests not in its laboured storyline or stock characters but in the frequent moments of genuine emotion which shine through from both parents. We all know the story, and we fear for Jane and Ali as the chances of their survival appear more and more remote, with both main characters facing the possibility of being left alone in the world. This is Bouchareb’s achievement – his general underperformance as a screenwriter aside, he and his superb lead cast depict tiny, genuine flashes of shared humanity with an honesty which is increasingly rare. 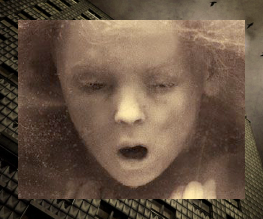