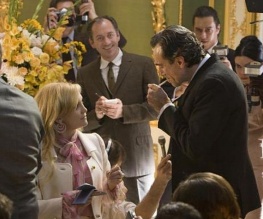 Nine is Rob Marshall’s (Chicago, Memoirs of a Geisha)  adaptation of the 1982 Broadway musical take on Federico Fellini’s 8 1/2. The film is littered with Hollywood A-Listers,  looks mind-blowingly sexy and sounds okay too but if we’re comparing it to the Oscar-winning Chicago (which inevitably we will), the only thing Nine has on Chicago is a better looking cast. The film is set in an ultra-chic 1960s Rome. Daniel Day-Lewis stars as Guido Contini, a troubled Italian film-maker who, after a string of cinematic flops, has 10 days to go before shooting his long-awaited movie Italia. What’s troubling him? Women, of course.

Girls of the world are nothing but trouble

The problem: Contini has no cast, no script, hourly anxiety attacks and a queue of women who want to sleep with him. The solution: have sex with Penelope Cruz (okay, perhaps that’s not the solution, but it seems to help cure his panic attacks). After being introduced to sex at a very young age by a local prostitute (played by Fergie from The Black Eyed Peas), Contini’s relationships with women are compromised by his inability to turn any of them down. His repertoire of lovers reads like a who’s who of beauty queens. From his muse, Claudia, played by a sultry Nicole Kidman, his neglected wife, played by the breathtaking Marion Cotillard, his mistress, the fiery vixen Carla, played by a neurotic Penelope Cruz, even to his mother, played by the vintage (and, erm…very enhanced) beauty, Sophia Loren. In fact, the only female in the film whose acting is better than her face is Judi Dench, who plays Lilli, Contini’s costume designer and advisor.

It’s not over till the pretty lady sings

Although many of the songs from the original score have been cut, there are musical break-outs at 10-minute intervals, a fact sure to delight musical lovers. The songs are mostly used to show each character’s inner thoughts rather than a reaction to or explanation of a situation – like when Contini’s wife woefully sings “My husband makes movies” . But contrary to this, there are also catchy numbers like ‘Cinema Italiano’, sung by a glitzy journalist (Kate Hudson), and a song where a scantily-clad Penelope Cruz gyrates and grinds as she sings to Contini, “Cootchie, cootchie, cootchie coo, I’ve got a plan for what I’m gonna do to you”. Most of the musical numbers are staged across Contini’s potential film set, which is adds an essence of Nine in its original theatrical form. Day-Lewis is a surprisingly good singer and Cotillard gives a flawless performance as Contini’s lonely wife. Because of the magnitude of the cast we don’t get to see much of Nicole Kidman’s character Claudia, which is disappointing as her role in Contini’s life is vital. Despite the excellent roles played by some of Hollywood’s finest actors, the story tends to drag and the music becomes rather dull. Overall, Nine is another example of how a star-studded cast does not always guarantee a box office smash hit.

Previous: Disney Takeover of Marvel Entertainment: Official
Next: Alvin and the Chipmunks: The Squeakquel 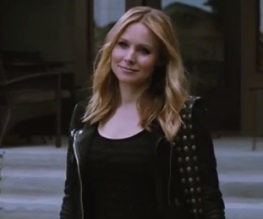