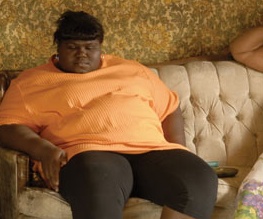 In terms of hype, Precious is the only film in months that has managed to come close to the endless Avatar onslaught. This is in part due to the number of people that were genuinely affected by the film’s story – that of a 16-year-old girl lived in Halem, horribly abused and hopeless scrabbling through life with only dead ends in front of her. And it is in part (perhaps the more significant part) due to the massive impact that Oprah Winfrey‘s opinion has on the American public.

The Hype Is Half The Battle

Oprah, of The Oprah Winfrey Show, essentially dominates the American public in terms of which new books and films will succeed and which will not. By putting her name down as an Executive Producer on Precious, she – and the rest of the world – knew it would be big. And was it ever. However, we dismissed these cynical thoughts from our mind upon entering the cinema, wanting to judge the film on its merits, rather on the strength of its hype. And our final verdict? This is a very interesting film.

Precious is a tricky one to give a judgement on, as the subject matter is so very painful, so horrifying and so, to put it bluntly, never ending in its onslaught that you’d feel guilty feeling anything but respect for the makers of it. Centering on the life of Precious, a girl pregnant twice by her father, who lives with a terrifyingly abusive mother (an absolutely transformed Mo’Nique). Precious has spent the last few years sinking deeper and deeper into self-loathing and depression, illiterate, overweight and uncaring about herself and her child “Mongo” who suffers from Downs Syndrome. When she isn’t avoiding verbal and physical abuse from her mother, she is being bullied at school. Her social worker (Mariah Carey and she’s not actually half bad) doesn’t care, and Precious’ only consolation are her cringingly inappropriate daydreams about becoming a Hollywood starlet. One day however, a new teacher begins to delve into Precious’s personal life, with the desire of finally rescuing her from her despair. This film aint no trip down the beach.

The only thing is, and we hate to say it, is that the film is very, very aware of how sad it is, the onslaught is so extensive that as an audience, you can’t help but feel like you’re being a little emotionally manipulated. Especially as the scenes tend to swing from scenes of terrible abuse to a sugar-and-spice daydream in Precious’s alternate reality. It’s such a bizarre transition that in its extremes, the reality of it all is a little lost.

However, there is much to admire in this film. The lead performance by newcomer Gabourey Sidibe is breathtaking, wonderfully portraying both a girl horribly affected by her past, but a girl who has learnt to put up a mask to the world around her. Mo’Nique is terrifyingly glorious as her mother Mary, and it really is nice to see Mariah Carey doing anything that verges on the good. Which her performance does.

Precious is not an easy watch, but then its subject matter dictates that it shouldn’t be. The niggles you may have about how the creators have dealt with its material soon fade away in the light of the powerful performances. All in all, we’d agree with the Queen of Culture Miss Winfrey and definitely recommend it to a friend After all, with the kind of power she has, you’d be stupid not to.

How did you find this story? Did Precious affect you, or leave you cold? Let us know below

Previous: Enchanted 2 On The Way
Next: Firth To Reprise Mr Darcy?