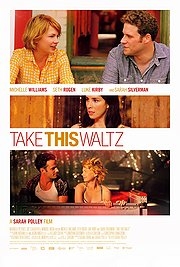 Take This Waltz is as tension-riddled and filled with dreadful unease as any horror film. But, unlike a horror, it isn’t peppered with scares throughout – there is absolutely no release for the trembling viewer. When the lights went up in the cinema as the credits rolled, the audience sat in stunned disbelief. And then, as one, people began to giggle. Or sob. Or a strange mixture of both. It was as if we’d all stoppered and shaken our emotions up, like a bottle of champagne, resulting in a confusing mess of tears and noise.

The film begins like any romantic drama; restless freelance writer Margot (Williams), meets attractive artist Daniel (Kirby) and the pair forge an intense and immediate chemistry. You can almost hear the sizzle when their eyes meet. And, when the pair share a cab, it turns out he lives just across the street from her – could it be fate? Margot seems to think so, although she is forced to suppress her sudden and powerful attraction. Why? Because she’s already happily married to the doting Lou (Rogen).

And when I say ‘happily married’, I MEAN it. The pair are adorable; they share an easy familiarity, enjoy romantic entanglements on the kitchen floor and sleep entwined in each others arms. And yet, for Margot, knowing that Daniel is just moments away has shattered all of her certainties about domestic bliss. She finds herself craving Lou’s constant attention, demands reassurance of his love for her at all times and starts up arguments for no reason. All the while, she steals secret moments alone with Daniel – never laying so much as a finger on him and finding her eroticism heightened by the restraint. 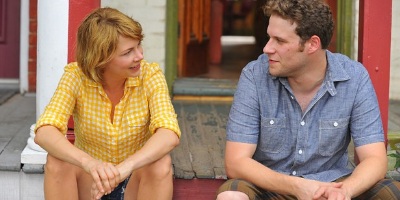 But, for the viewer, it’s even more unbearable. Because there is absolutely nothing wrong with her marriage. Yet Margot has gotten so used to her life with Lou that it has left her feeling disillusioned and more than a little lost; she is at the finish line, as it were. The race is over. There’s nothing left to achieve, so where does she go from here?

“Life has a gap in it… It just does. You don’t go crazy trying to fill it.” 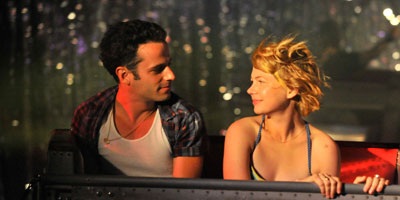 Williams is absolutely startling as Margot; from tragic ennui, to beautiful free spirit, to happily married cookie cutter wife, she wears every single moment of her character without hesitation. Perhaps the most pivotal scene is when she and Daniel hop on an amusement ride, which spins them through a darkened room to the belting noise of ‘Video Killed The Radio Star’. The pair begin on opposite sides of the seat but, as they begin to loosen up, all of their cares wash away and you see them envisioning a world in which they can be together. Then the music stops, the lights come up and they are back in the real world; the terrified expression on Williams’ face is utterly haunting.

The rest of the cast are brilliant; Rogen is instantly likable, despite all of his imperfections and flaws, and Kirby is fantastic as the tortured Other Man. To be honest, there are no villains in this piece; everybody is acting in an understandable and believable manner. Relationships just take work; the first flame of love will, inevitably, dull. All that’s left, as one character puts it, is the hope that you at least still like the person you’re married to. 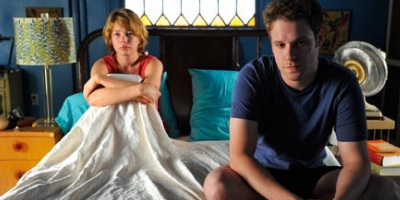 Take This Waltz is a cold dose of reality for the Disney generation. We believe in the fairytale marriage and the happily ever after – we never worry about what comes next. Did Cinderella and the Prince grow tired of one another and file for divorce? Did Beauty suddenly grow restless and embark on a passionate affair with the candlestick? Did Snow White grow bored of living with just one man and take her own life with a bite of the apple? This film evokes a common experience and forces us to take another look at the Hollywood idyll of love, although there’s no denying that the conclusion may leave many feeling as lost and vulnerable as Margot herself.

Almost perfect, Sarah Polley’s film is a masterpiece. Seek it out – just make sure you go armed with a packet of tissues and an unwavering faith in the power of true love… 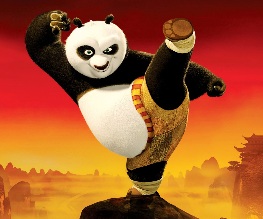 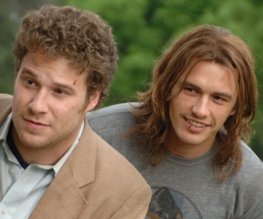