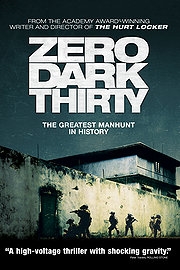 Zero Dark Thirty begins with the heartbreak and terror of 9/11. With barely any time to recover, we’re sent straight to a Black Site witnessing the interrogation and subsequent torture of a supposed al-Quaeda affiliate by an American. The controversy and debate surrounding the film centres on this one issue; does the end justify the means? Is this all just pro-American fluff, mere propaganda? Or is it a film which documents the War on Terror as we’ve never seen it before, and so scares us to our core?

The whole world seems to have an opinion on Zero Dark Thirty even without having seen it, but here’s the plot in a nutshell: The film takes place over the span of a decade and centres on the hunt for Osama Bin Laden, documenting the step-by-step processes that led to his eventual killing. Our protagonist is CIA officer Maya (Chastain), so obsessed with the case that she has zero social life… and the one time she does go out to dinner it happens to be the night of the Islamabad Marriott Hotel bombing in 2008. Down on luck (and conveniently having suffered through a terrorist attack herself) but utterly convinced by her leads in the case, she tries to persuade the CIA as well as President Obama that she may have just found Bin Laden’s hide-out. How sure is she? “100%” she says to her male colleagues, “95% because you’re all terrified of certainty, but it’s 100% really.”

Let’s address the elephant in the room. We all know that Zero Dark Thirty contains scenes of torture at the hands of Americans, but whether or not we agree with it and whether or not it means that Kathryn Bigelow is ‘pro-torture’ is completely irrelevant. Bigelow has documented events and turned them into a motion picture and not an endorsement, as she has previously said so herself. The film commends dedication and determination much more so than torture. Unfortunately, it loses its flair in the looooong boardroom discussion scenes where we have to keep up with SO MANY NAMES. Those with a lesser knowledge of the War on Terror will just find it confusing; I barely had time to keep up with who’s who before they were interrogating someone else. It didn’t stimulate much excitement because, frankly, I was just bored. 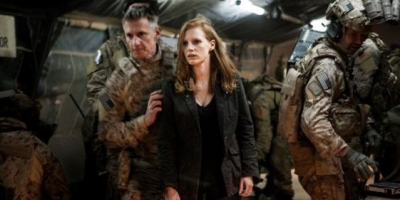 That being said, when Zero Dark Thirty goes hard it goes hard. The film is interspersed with dramatisations and real footage of terrorist attacks, including the July 7 London bombings, which help amplify its realism and emotional hit. In true Bigelow style, echoing her previous film The Hurt Locker, she doesn’t hold back on hard-hitting action. The end raid felt like Call of Duty had come to life, with every movement, every gunshot, as risky and thrilling as the next. Once again Bigelow’s directorial vision shows us what makes her such an acclaimed director; encompassing the terrorist attacks and action sequences alongside the behind-the-scenes work – stuff that never makes the headlines – helps remind us that life, particularly war, is not a video game.

Chastain carries the film well – her performance is solid, although whether it’s worthy of a Golden Globes Best Actress win is debatable. It certainly seemed no more special than those of her fellow nominees, most notably Marion Cotillard and Helen Mirren. Jason Clarke’s performance as the edgy CIA officer is just on the right side of gritty ruthlessness, but despite the film showcasing some excellent talent, its slow second half lets it down. One wonders why, once again, sober and heavy-themed films such as these are always taken more seriously by award ceremonies than, say, Argo, which is spliced with far more wit and taut with constant thrills, all the while remaining a ‘serious’ political film. 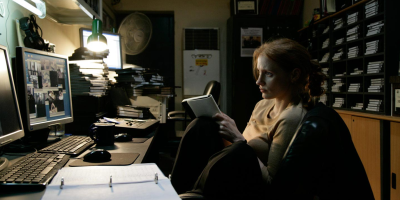 The ending will work differently for different people. I found it anti-climatic, leaving me with the sober thought that killing the bad guy doesn’t always end the war. Regardless of whether this was the film’s message, it had me feeling dejected. Zero Dark Thirty certainly encourages American flag-waving, and doesn’t quite match up to the nail-biting tension that persists in Argo, but it also leaves tears in its wake, silently lamenting the terrible tragedies caused by terrorist acts.

The film is incredibly well-executed, and its depiction of a smart woman and her relentless struggle for justice makes for an incredible role model and powerful message, hopefully enough to snub all those cries of politically incorrect bollocks. Bigelow is surely to be admired for her gutsy quest to recreate the toil and heartache that still echo from the ruins of Ground Zero.

Previous: Orange(Wednesday)s and Lemons #98
Next: James Brown’s got a brand new biopic 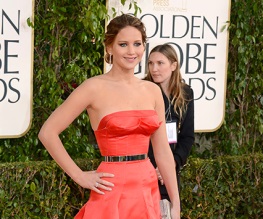 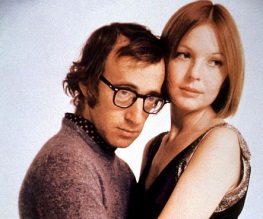