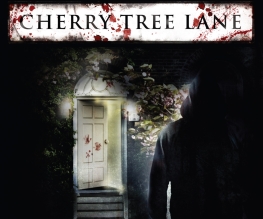 18 Cherry Tree Lane; savvy viewers may recognise the address as a potential reference to Mary Poppins. The jovial nanny knocked just one door down at number seventeen in her film, but here writer-director Williams’ quickly ensures that these two houses couldn’t seem further apart.

As with the struggling Banks family, life for middle-aged occupants Mike (Tom Butcher) and Christine (Rachael Blake) is hardly a picture of married bliss. Sitting down to dinner together, they might be better off using their cutlery to cut the tension. The expression ‘staying together for the kids’ would never have seemed more appropriate, were their son, Sebastian, not notably absent from the scene. Yet it is precisely this absence that is about to bring a very real presence through their front door. Sebastian, it seems, has angered some of his teenage peers and three of them have come to pay a visit.

But it is terrorisation, not sing-alongs, that occupies the mind of these youngsters – although their approach remains equally childish. With Williams’ keen-eye for dialogue and the excellent casting of Sonny Muslim, Ashley Chin and Jumayn Hunter (particularly terrifying as acne-faced sociopath, Rian), the trio entirely convince as a group of squabbling, yet threatening, youths. As they tie-up and abuse their acquaintance’s parents, pausing occasionally to insult each other’s mums or chastise the couple for their taste in DVDs, it is their teenage detachment that lends events a truly unsettling edge. Treating matters more like a house party than a home invasion, the boys even invite a couple of their female friends round for a spot of awkward, juvenile flirting. But when one of the girls arrives with a younger brother in tow – still dressed in his school uniform – the boy is promptly told to go wait in the kitchen. It seems you must be at least fifteen years old to witness this grizzly beating. Well, you’ve got to have some rules, right?

Bringing house invasion to your doorstep

With house invasion recently covered by films such as Them and The Strangers and with similar issues of unmotivated Brit-teen-violence tackled in the gritty Eden Lake, Cherry Tree Lane may not initially appear awfully original. Indeed, it seems doubtless that some will see it as Broken Britain’s answer to Michael Haneke’s startling Funny Games. But there is a difference here. Unlike the grimly focused sociopaths of Haneke’s film, Williams’ teenage attackers are at once inhumanly violent and recognisably banal (one boy even phones home midway through proceedings to remind his mum to set the Sky+), making them all the more frighteningly realised. Additionally, though further comparisons could be made about Williams’ decision to keep much of the horror off-screen, Cherry Tree Lane does not go to the same lengths to comment upon cinematic violence as Haneke’s work. There’s no need to break the fourth-wall here; unrelentingly reality is just as unsettling.
—————