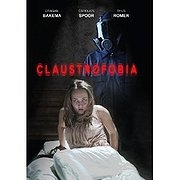 Opening with a terrifying scene plucked from the nightmares of everyone who has suffered even mild claustrophobic tendencies, Claustrofobia’s initial five minutes are easily the film’s finest. A boy and a girl wander into an abandoned morgue (this is in the Netherlands, where presumably the japes of childhood are much darker than ours), and naturally in return for kisses and maybe more, the girl dares the boy to lie down in one of the chambers of rest for ten seconds. Sheepishly, but spurred by the anticipation of the rights-of-passage treats to come, the boy crawls into the space designed to contain the dead, and is enclosed by darkness as the girl seals the door behind him. At this point, I began shouting at the screen as the blond girl responsible for this bleak bet walked slowly away from her bellowing buddy and soon the disbelieving shouts turned into wild pitched screams. Then all was darkness and silence.

Cut to years later, in the bright and glorious sunshine of some unspecified city in Holland, most likely Amsterdam. Eva Lennearts (Spoor) is late for her lecture, and reprimanded for it by her professor in front of the class before he gets stuck into a bit of spinal surgery on a rat. The rest of the class follow suit, apart from lovely Eva, who cannot bring herself to go beyond merely drugging the creature with a large needle. Noticing this, the professor catches her afterwards and forces her to take her little friend back to the Rat Storage Cupboard. There, she is told that since the beast has been tampered with (with the needle) he must go straight to the gas chamber, instead of being locked away in a small cage with the rest of his friends. Of course, our sympathetic lead cannot bring herself to destroy him, and smuggles him out of the horror chamber and into the light.

Serving as twin signposts to refer back to while writing the review of this film, the above two paragraphs describe the film’s attempt to lay out the great difference between confinement and freedom. What follows these scenes in Claustrofobia is a failed attempt to make something of this theme. It begins interestingly enough, with Eva being suddenly confined to a grey cold cellar, attached to a bed, with no idea how she got there, or who is confining her. The effect of such disorientation, of being cut off from the world of social interaction, of sensory stimulation, of even an awareness of time, is something I assumed the film would explore. This kind of torture technique was written about extensively by Naomi Klein in The Shock Doctrine, and I think the film was referencing the book for about five minutes until it collapsed hilariously into a poorly scripted soft-core torture porn titillation piece, with holes in the plot so vast that it was simply impossible to experience any form of claustrophobia while meandering in its echoing halls. 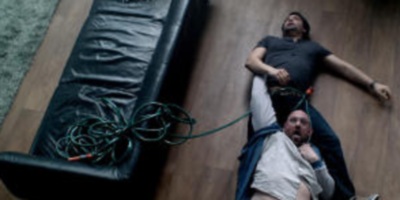 That being the case, no purpose could be served here describing how the first finely shot scene in the morgue connects to the rest of the film, or what Eva’s fate turns out to be. Carolien Spoor’s performance can be split quite evenly as the film is, into a first half of perpetual sombre curiosity and a second of dreary intense shock. Similarly, director Boermans concentrates exclusively on the twin atmospheres of darkness and light, occasionally jacking up the volume of the string orchestral background noise to sinister, then cutting it out altogether. All that remains to be said is that this is a film which had the potential to be something quite tight, clinical and penetrating, but ends up breaking out of the confines it attempted to build for itself; thereby utterly undermining the reason for its existence.