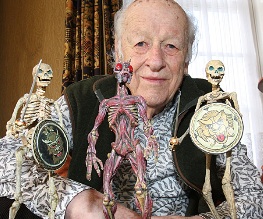 Cinema owes Ray Harryhausen a great deal, and watching this loving documentary leaves you in no doubt of that. The amount of influence Harryhausen had on blockbusters like Avatar, Star Wars and Jurassic Park is astounding. Cinema has come a long way since Ray’s time, but we wouldn’t have any of it if it weren’t for him. For those who don’t know it might help to pause here and go into a bit of detail on what Harryhausen actually does. 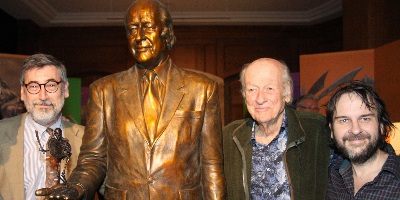 In short he’s a master of animation, in particular stop-motion animation. Jason and the Argonauts, Sinbad and the Tiger’s Eye, The Golden Voyage of Sinbad, One Million Years BC, Clash of the Titans (the 80s one, not the Liam Neeson one) are just some of the films in his roster. He made models of his “creatures” – skeletal soldiers, dinosaurs, aliens, cyclopes – from clay and latex rubber, lovingly giving each one a personality and bringing them to life for the camera. A painstaking process; Harryhausen would typically spend five hours on roughly three seconds of footage. However from listening to Ray talk about each creature down to the minutiae, you get the sense that it was all done with such heart, that the length of time to shoot didn’t matter.

The man himself provides helpful insights into the shooting process of each movie he made across his career. Rightfully, he seems very proud of his work. But there’s also a sense that he regards modern movie-making with an air of disdain. He laments the fact that an “army” of people are needed to do what he did back in the day with just one other person. Like anyone who is an expert in their field, he was quick to criticise the way things are done today. Steven Spielberg pops up and makes a valid point on this matter about not having the resources, time or the budget available to create what Harryhausen did in his garage, and this is where technology is useful. While he and James Cameron and Peter Jackson see modern-day techniques as liberating and a way of enhancing what Ray started; Harryhausen is somewhat dismissive. You’re half expecting him to say “These young whippersnappers! They don’t know they’re born”. 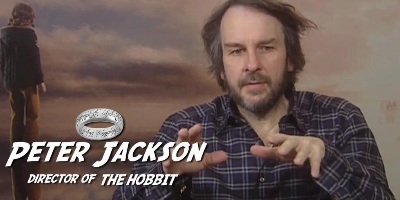 What was the most intriguing part of this documentary were the contributions from directors such as Spielberg, Jackson, Cameron and Guillermo Del Toro. Clips of Harryhausen’s work are juxtaposed with Star Wars: Episode II, King Kong and Spider-Man 2 and Ray’s influence on them all is abundantly clear. “Imitation is the best form of flattery” one director gushes (they all begin to meld into each other about three-quarters of the way in). It’s not so much imitation as straight up ripping-off. Without this documentary, no one would know whodunit first – which is one of the reasons why Special Effects Titan is so interesting.

Cameron speaks lovingly of the first time he saw a Harryhausen picture. He was nine years old. He can even recall the seat number he was sat in and which cinema he watched it in. “It leapt right out of the screen and straight into my DNA” he flails, eyes lighting up. The innovative director of Avatar, Titanic and Piranhas II: The Spawning disappears and is replaced by a childlike film fan. Ultimately, that’s all any of the directors featured are. 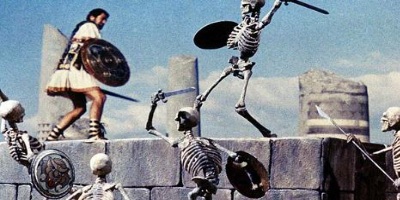 Harryhausen clearly changed Cameron’s life, and he continues to change the life of others through The Ray and Diana Harryhausen Foundation, a scheme that strives to preserve Ray’s works and use them to educate aspiring filmmakers. Whether this foundation is to support others or is simply another outlet for Harryhausen to show off in (there is a seven foot bronze statue there in his honour) remains to be seen, but what it definitely is is a slice of quite an extraordinary legacy.