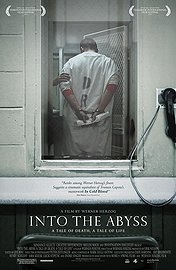 While researching several death row cases with the mind of creating a film around capital punishment in the US, Herzog stumbled across a story he couldn’t forget. Michael James Perry And Jason Burkett were teenagers when they were convicted of murdering three people in order to steal a car, and though Burkett received life in prison (with the possibility of parole in 2041), Perry was sentenced to receive the death penalty.

Divided into six parts, Herzog starts his documentary with the crime itself; presumably to give his audience the same introduction to the case that he experienced. While many of us will happily watch crime procedurals such as CSI without batting an eyelid, the crime scene footage Herzog includes is truly haunting, accompanied by ominous background music and an account of the events by one of the policemen who worked on the case. This is not a whodunit, however. Herzog’s previous feature, Cave of Forgotten Dreams, was a spectacular 3D adventure exploring the Chauvet Cave in southern France, and though his latest offering tackles a very different subject, it still bears Herzog’s unique stamp – his drive for the relationships within the facts. Once the crime has been established, Herzog is much more interested in the people involved. Unlike Cave of Forgotten Dreams or Grizzly Man however, Herzog’s presence is felt only in the questions he asks his interviewees. There is no philosophical voiceover, only his voice off-screen as he talks to the people involved.

Although he makes it clear at the beginning during his conversation with a death row chaplain that he strongly opposes capital punishment, it is not a didactic film. You know his position, it informs his questioning, but he does not preach to his audience. He is simply trying to discover the effects of crime and its consequences on the people involved. Herzog has the gift of conversation and of finding the truth in people. Through the back and forth between him and his interviewees he is able to get to the heart of his subjects, not only by asking direct questions, but also by taking things in a completely different direction. He allows Perry to reminisce about being attacked by monkeys while on a canoeing trip in his youth, and he asks the death row chaplain to describe an encounter with a squirrel on the golf course, something which moves the chaplain to tears. But this is not a tale filled with darkness; there are frequent, odd glimpses of humour that might seem to some to be out of place, but as Herzog said in the Q&A after the screening,” life is full of tragedy and humour running side by side”. The humour is not tasteless or crude, but emerges from the situations and the people that we meet.

The film is dedicated to the families of the victims of crime, but what Herzog’s film does brilliantly is show how wide-reaching the effects of crime and its consequences truly are. Even people we meet only briefly have been affected by Perry and Burkett’s actions, and no doubt there will be many more once this film is on general release. It is an intense, moving and powerful film, that only serves to confirm that Herzog is one of the best film-makers of his generation.

Previous: Hugh Grant Is Back!
Next: Richard Ayoade Signed on for Neighbourhood Watch 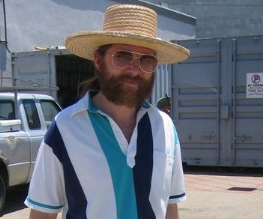