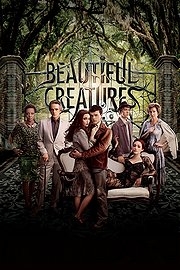 Look at that ghastly poster and that awful title and oh my God is that actually a shot of a couple Edward/Bella hugging in that annoyingly fake way of theirs? Groan. Don’t even bother subjecting yourself to the gouge-your-eyes-out trailer either. So… why the high rating? Am I drunk? Shrooming? Have I simply been subjected to too many awful films that I don’t even know what’s good for myself or humanity anymore? Maybe, but that doesn’t stop me from throwing my hands in the air and proudly shouting, I LOVE THIS FILM. 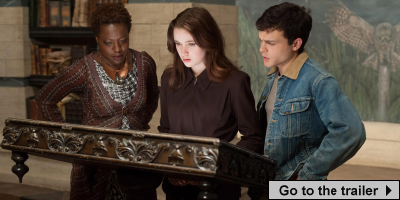 We’ll start at the beginning. Ethan Wates (Ehrenreich) is bored. He’s bored of Gatlin, his dead-end town. He’s bored of school and his ex-girlfriend harassing him at every turn. But suddenly, new girl Lena (Englert) arrives on the scene and he’s charmed by her for some unfathomable reason. So they strike up a friendship, which blossoms quickly into a romance, which is then ruined by the WORLD because the world likes to tear love apart like that. But it’s mainly ruined by the fact that Lena is a witch (or a “Caster”, as they prefer to be called) and on her 16th birthday Lena must be “Claimed” by the witchy force, which will determine whether she belongs to the Light or to the Dark. Lena’s uncle (Jeremy Irons) and the rest of her kooky family help Lena in her struggle to conceal her powers, until evil cousin Ridley (Emmy Rossum) comes back in town… 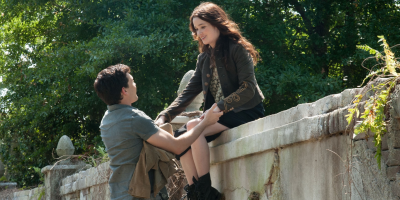 Stop your huffing and your puffing and hear me out. Beautiful Creatures will surprise you, if you can get past the sappy first scene. Having gone into the cinema with a torrent of foul insults readied, I was silenced by the opening 15 minutes which seemed to prove without a shadow of a doubt that this looked awful. We were subjected to Ethan’s ear-torturingly bad Southern American accent talking rubbish about having bad dreams and not having slept properly in ages and oh there’s this girl that he keeps dreaming about but he doesn’t know who she is. Snore. Then the words “this town is too far away from Charleston to have a Starbucks – how sick is that,” penetrated my soul and I was left holding in my brain. It seemed as if Beautiful Creatures wasn’t making a good case for itself – cheesy lines and moronic characters pretending to be interested in Vonnegut and Kerouac.

And then something happened. Ethan became extremely likeable. He was witty, charming and intelligent; shrewdly handing out ‘banter’ to his uptight Christian ex-girlfriend with his friend Link (Thomas Mann). When Lena enters the picture, so begins a sweet story of boy meets girl and girl hates boy but secretly fancies boy. Both actors have great chemistry with each other, that much is clear, and unlike their rivals Edward and Bella, their relationship is genuinely believable. Pure puppy love, all teenager angst and thinking nothing can defeat them – it’s all very absorbing stuff. Jeremy Irons is brilliant as Lena’s protective uncle. Emma Thompson may have seen better roles but still performs with a kind of kooky melodrama, and unlike any of the roles Emmy Rossum has played previously, her performance as the witchy (bitch) siren is impressive – and sexy. 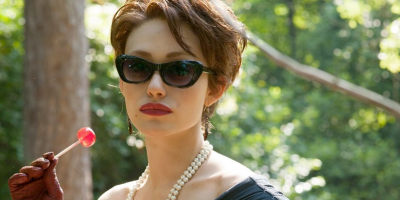 But it’s Richard LaGravenese’s script which does Beautiful Creatures justice. Adapted from the novel of the same name by Kami Garcia and Margaret Stohl, the script isn’t a work of art, but for a supernatural teen romance that could have strayed down a tortuous path of cringy dialogue, it has wonderfully tender, humorous moments. And you know the greatest part about Ethan and Lena? They actually have fun. You can endure the odd overly-cheesed line to get your fill of Ethan’s charming geekishness. And even better; we have a male protagonist. We get a different perspective on the quirky romance through the eyes of Ethan, primarily because of his desire to ‘get outta town’. Okay, so the special effects are a bit queasy, but if you can get over it and enjoy the story and the characters, you’ll soon be sucked into this southern Gothic romance and be transported back to a time when you were first in love. 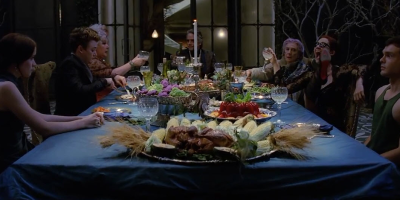 Let’s get one thing straight, Beautiful Creatures isn’t going to be for everyone – just as much as Star Wars or Pixar isn’t. But in creating intelligent, funny and likeable characters, Beautiful Creatures stands in defense of the nonsense we’ve had to endure thus far in standard supernatural romances. I implore you, even if you have the slightest interest in magic, romance and Jeremy Irons – give Beautiful Creatures a go. It’s not the new Twilight, far from it – it deserves more credit than that.