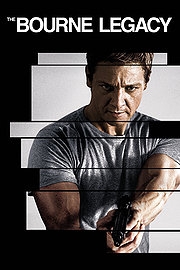 The real success of the The Bourne Legacy is that it manages to simultaneously remind us how great the first three films were, prove that Matt Damon’s shoes are not ones that can be easily filled and make a story about a super-assassin tedious. The thing about Jason Bourne as a character is the winning combination of being a massive badass and an inherently good person ashamed of being a massive badass. He had all the sexy running, jumping, killing skills, but he was also horrified at the idea of being an assassin, which left Matt Damon acting his heart out in the throes of an existential crisis and the audience guilt free in whole-heartedly supporting a loveable trained killer. Jeremy Renner’s Aaron Cross on the other hand is neither lovable, nor especially badass; he’s just a grumpy assassin caught in the same tired story of a test-tube killer on the run from his employers with a girl in tow, except – and this is the fundamental problem of The Bourne Legacy – we don’t give a shit. 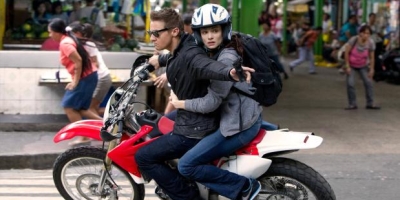 It starts (and remember, this is the Big Opener, the get-the-heart-racing, hold-onto-your-hats awesome beginning to one of the most anticipated films of the year) with Aaron Cross doing a bit of swimming. In a river. In the Arctic tundra. He gets out, he’s a bit cold, he huddles round a fire and then the camera pans out and out and we see that, golly, he really is quite far from anywhere, look how alone he is, there’s so much snow and – can I stop you there Universal Pictures? We’ve got Bear Grylls in this country, we’ve seen him sleep inside a dead sheep. We are 100% unimpressed with a man in an all-weather anorak alone in the wilderness.

Unfortunately, from there on out, we never really stop being unimpressed. The stunts aren’t amazing (we saw the best stuff in all those teasers), the dialogue isn’t great and the characters never really develop. Jeremy Renner did some sterling work in The Hurt Locker and shot some good arrows in Avengers Assemble, but as Cross you quickly discover you wouldn’t mind if he died. In fact you find the idea weirdly appealing. The only one pulling her weight is Rachel Weisz as Dr. Marta Sterling. You won’t really like her character either but at least she’s bringing it in the acting department. 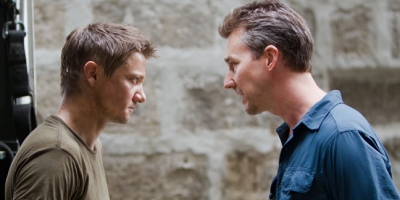 The plot, and I’m using that word in its broadest sense, is that Bourne has exposed Treadstone and Blackbriar, that man from the Guardian has just got shot in Waterloo and Edward Norton, who’s some CIA big dog, is shutting everything down from the inside. This includes a project called Operation Outcome, which develops the [insert some inaccurate science] of the human genome using [insert some inaccurate science] and makes assassins super-smart and super-strong, a bit like those sharks in Deep Blue Sea. There are six assassins and a bunch of scientists who all need to be killed off for their involvement but, thanks to some plot, both Aaron Cross (assassin) and Marta Sheering (scientist) survive. The Outcome operatives are all dependent on medication to keep them ‘enhanced’, so Cross hunts down Dr. Sheering and spends a lot of time shouting “where are the chems?” and “the pills, get me the pills” before they establish she hasn’t got any and set off to try and find him some more (they’re in Manila). There’s a small explanation that Cross was originally a solider ‘killed in action’ in the Iraq War, who was then experimented on for Operation Outcome. His IQ used to be 12 points under the minimum requirement for the US army, so he’s terrified that without his medication he’ll slip back into the realms of mental retardation. That little snippet aside, there’s very little back story or any hints of this ‘wider conspiracy’ we were promised. 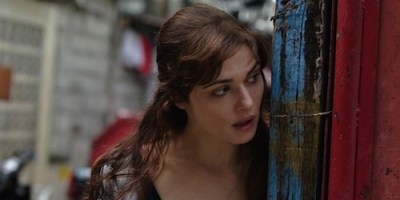 Ultimately, the film is a real disappointment; bringing in a crisis room to track a scientist on the run won’t make a plot about an assassin needing more drugs any more exciting. Things that are interesting, like how Cross fakes a passport using what appears to be chewing gum, are shot from such a wide angle that you never learn anything. The science is babble and there’s lots of people saying “you’re the Director General of the CIA goddammit!” so we know they’re the Director General of the CIA. All those ‘rewards’ we were promised were few and far between. Apparently, it’s more of ‘man’s film’ so I took ‘a man’ for a ‘man opinion’; it was – “Rachel Weisz is the best thing about it” and (sadly) “it’s not rewarding to be constantly reminded that you’re watching the same plot unfold for the fourth time” (I really bigged up the rewards). There you go then men, woman opinion = this is the same plot, but shit. Rachel Weisz is good though. Man opinion = this is the same plot, but shit. Rachel Weisz is hot though.

The Bourne Nonsense managed to lose itself a whole star in the last two shameful minutes. After absolutely zero development in the love arena between our leads, suddenly they’re on a boat, sailing out to sea, smiling at each other in the smug self-satisfied way of two people who know they’re going to get at least two more films’ work out of these characters. Go and see it if you must, but be ready to be bitterly, bitterly disappointed.

Previous: 360
Next: The Huntsman. Not a flake of snow in sight.