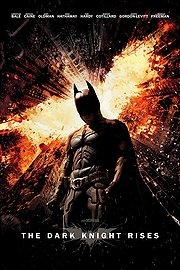 In Hercules, Disney’s Great Legend-Bastardisation of 1998, Zeus, the king of the gods and proclaimer of heroes, tells his lost little son that a true hero is not measured by the size of his strength, but by the strength of his heart. If there’s anything Christian Bale’s incomparable wounded hero tells us, it’s that. Sentimental, yes, for a film involving several cars that resemble the work of an eight-year-old Lego-enthusiast who unfortunately has no hands, but that’s just how convincing The Dark Knight Rises manages to be. 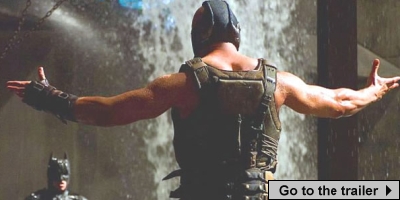 Many have complained that the plot is convoluted; so difficult to follow, in fact, that you forget to enjoy yourself. Maybe it’s because this franchise is, and has always been, so much more plot-driven than others in its canon, but tying your popcorn-sticky hands behind your back and forcing you to pay attention is exactly what makes the experience so gripping. That, and squinting real hard as if it’ll help you hear Bane better, especially as you’re too busy plot-following to shout “ENUNCIATE!” at the screen. It’s complex in a way that’s beautiful to watch; with Hans Zimmer’s incredible score overlaying it all, we’re treated to dazzling special effects, looming cinematography and some of the coolest gadgets ever put on screen. This complexity of plot and the plot’s delivery mean that to extrapolate further on it would be doing you a disservice; every explosion, every round of bullets emptied, even every red light ignored, serves a purpose which either drives the plot or character development. That we can’t tell you much more on that front is merely testament to the screenwriting skill of the Nolan brothers.

It’s Nolan’s chosen Big Bad Wolf, Tom Hardy’s Bane, who opens the film, and he is really quite vile. Despite suffering from that irritating American tendency to make the villains needlessly British, Hardy sells it to the hilt from the outset. Rendered unrecognisable by what must be about three cows’ and 3458976 eggs worth of protein, in addition to the coolest gas mask since their heyday in 1941, you do almost want to laugh at all of this plus Bane’s musical Santa Claus-esque tones – however, the character’s story develops beautifully and unexpectedly, in a way which pulls at your heartstrings rather more than a hardman version of Saddam Hussein should. He’s not all kittens and rainbows though – he’s got ALL THE GUNS, and ALL THE WEAPONS, and ALL THE SUPER COOL BLOW-SHIT-UPPERS. HIGH FIVE FOR STADIUMS DISSOLVING LIKE SOGGY SUGAR CUBES IN TEA – RULE BRITANNIA ETC. 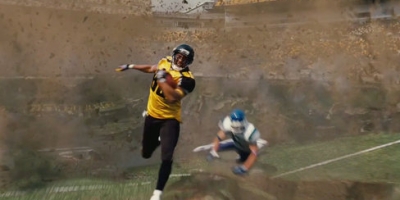 The plot thickens around Bane’s cracking opener; first among uniformly fantastic performances, Christian Bale’s Bruce Wayne, or what’s left of him, is even more affecting and polished in motion than he has been in stills. The erstwhile Alfred (Michael Caine) remains by his side, accompanied by Morgan Freeman’s always-fly Lucius Fox. Marion Cotillard (Inception) brings all that Parisian grace to the production, as a rich philanthropist who is associated with Wayne Enterprises’ fortunes – which are being assaulted from within. Bane takes advantage of modern humanity’s peerless greed to launch a nihilistic attack which quickly spirals out of control; Bale is forced out of retirement and into badassery, and shit gets real. Joseph Gordon-Levitt’s Officer Blake is endearing in the extreme, and single-handedly carries much of the plot when other people have rather too much on their plates – silly voices to maintain, BatBikes to tinker with, gunshot wounds to pout over and dollar bills to use as toilet paper; the usual.

Anne Hathaway as Selina Kyle, a.k.a. Catwoman, has polarised audiences, and not without good reason. Though cartoonish and often two-dimensional in her portrayal of a cat burglar plagued by the breadcrumb-trail of her own mediocrity, the role is an unforgiving and unlikable one. Whilst there are flash-in-the-pan moments of hyperfeminine brilliance in Hathaway’s work, the character has clearly been brought in to fill in the “tits and latex” requirement. Too often, Selina Kyle shows herself as nothing more than a tritely attractive mishmash of girly stereotypes and disappointingly impractical heels. Having to deal with that, as well as toting around a massive chip on Catwoman’s shoulder, there’s no way Hathaway’s bony clavicle was going to stand the pressure. The half-star deficit in our rating of The Dark Knight Rises is wholly down to the poor characterization of an antihero who could have added a whole new facet of feminist relevancy to a near-perfect blockbuster. 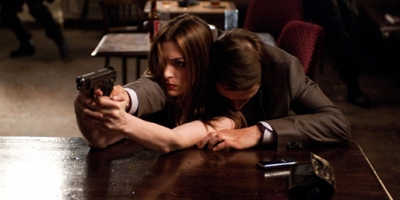 Steeped in violence, meaty and visceral, it’s difficult not to watch The Dark Knight Rises and not look to our own past and present; not only on the recent slaughter in Aurora, enabled in part by the US’ own Constitution, but on all the war crimes that have made Goliaths of countries which started as Davids. The jet fuel fumes of 9/11 linger over the New York-esque skyscrapers in shots of Gotham’s horrific razing, which start with Bane’s systematic dissolution of its omnipotent financial infrastructure. Certain scenes unwillingly bring to mind the crises in Baghdad going on right this minute. As Bane stands over crumbling Gotham, asking them to “behold, the instrument of [their] liberation”, you can hear the echoes of the same manic middle-Eastern cries which declared Osama Bin Laden a freedom fighter.

We won’t spoil the ending for you; it’s too good for that. Honestly, it deserves viewing with fresh eyes and a mind that’s just been through the completely disorienting and yet totally dazzling two hour rollercoaster Nolan has crafted for you. You might love it, you might hate it, or you might just be glad you don’t have to listen to Bane enjoy the sound of his own “gerbil in the larynx” voice anymore; but just this once, we won’t judge you if you stand up and applaud.