It must be hugely frustrating to be a British rapper with silver-screen aspirations. Over the pond, rappers have played Mohammed Ali and Ford Prefect, giggling stoners or death row inmates. Here, you’re a chav or a gangster. If you’re lucky, you get to wear a hat. The Man Inside, while not a million miles away from the accepted template, is something of a stagger in the right direction. Ashley ‘Bashy’ Thomas, recently named a ‘Star of Tomorrow’ by Screen Daily (a propos of Christ knows what), makes staggeringly mediocre music as a day job but here tackles a surprisingly complex role, and doesn’t come away with egg on his face – just a little of Carl Barat’s blood.

When Clayton (Bashy) was a nipper, his dad (David Harewood) did a lot of absolutely horrendous shit. Sometimes, he made Clayton watch him do it, and sometimes he made him help. Eventually, the powers that be decided that this was Not On and so threw him in prison (though they still let him wear some of his nice shirts), leaving Clayton with his traumatised, God-fearing mum, uppity little brother Jay and severely underwritten sister Kia. Up ’til now, Clayton has successfully kept his considerable demons to himself, saying little and losing himself in training to box with Peter Mullan (doing his best with more or less nothing to chew on). But when Kia’s boyfriend is stabbed in a strikingly composed sequence, a series of events are set in motion that will test Clayton’s ability to keep his inherently violent nature in check.

There are definitely elements to The Man Inside that are highly commendable. Thomas’ performance is a genuinely compelling portrait of a man barely holding himself together, even if some earlier scenes are marred by a tendency to mistake moody for sulky. The direction and cinematography are also surprisingly sharp, with the aforementioned stabbing particularly standing out with an impressive juxtaposition of wide-angle panoramic shots and extreme close-ups (even though Bashy appears to make it down several flights of stairs in about eight seconds). The scripts moral core is also to be commended, with no aspect of gang culture, macho posturing or violence held up as anything but deplorable. Even the ending – which could easily have gone either way – keeps the message consistent and denies us a cheap, Harry Brown-esque payoff in favour of Doing The Right Thing; a satisfying and comendable decision. If the rest of The Man Inside was this strong, people might finally stop taking Adam Deacon seriously. But these achievements amount to naught, because a bad film – or in this case, an utterly average one – is doomed unless it can back up its strong components with at least a solid support base. Unfortunately, these few positives are treading water in an amateurish and occasionally wince-inducing swamp. The script is pretty dire, maggoty with exposition and, thanks to a few repeated motifs, prone to treating the audience like goldfish – if you don’t immediately suss that Bashy tapping his fingers means he’s having an episode, you will by the fourth accompanying flashback. The soundtrack is hopelessly compromised by someone’s insistence that it feature at least four horribly jarring tracks from the bloody awful UK rap scene, all of which jar horribly thanks to sugary arrangements and lyrics like “You’re futuristic / like a iPhone 9.”

The support cast are mostly given nothing to do, which in the case of Jason Maza as Clayton’s best mate, who’s as physically painful to watch as their friendship is inexplicable, is kind of a blessing. Sadly this also extends to former Eastenders/sex symbol Michelle Ryan, back after the total catastrophe that was almost a Bionic Woman TV series. She excels in exactly one scene – flailing about having a little heroin withdrawal – but is also responsible for a lot of unforgiveably amateurish line deliveries. And while we’re on the heroin thing, the only other time it’s really mentioned is in an utterly bizarre sequence featuring her ex-boyfriend, in which the following happens: Carl Barat (yep, really) calls Zoe from Eastenders (Michelle Ryan, keep up) a cunt, Bashy beats him up and gets a graze on his head, Zoe from Eastenders says “We need to wash that, and put a plaster on it.” You heard. So, while The Man Inside is a film with easily quantifiable strengths, it’s doomed to mediocrity because the negatives are always at hand. A good, occasionally great performance will always have a limited impact when the supporting cast are either bored or rubbish; this is why no-one ever brings up Day-Lewis in Gangs of New York. And a really well shot series of painful dialogue scenes is still a series of painful dialogue scenes. The highlights are so busy propping up the rest of the film, they never really get time to thrill you.

Previous: Anthony Hopkins on board for Noah
Next: Cheat Sheet: Willem Dafoe 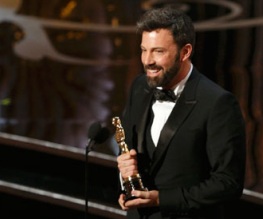