Anthony Hopkins on board for Noah 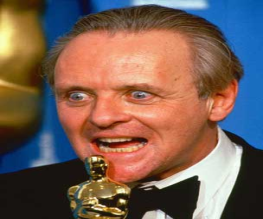 With Noah set to start filming at the end of August and not due for release until 2014, we’ve got nearly two years to think up some suitable flood based puns to herald its release. With Russel Crowe, Ray Winstone and Jennifer Connellly already aboard for the Biblical epic (and we’ve heard something about Emma Watson but we’d rather not think about it), it was announced today that Sir Anthony Hopkins will also be setting sail as Methuselah. Normally his name is followed by ‘the oldest man in the Bible’, and while he did live to 969 (well done), Biblical nerds are likely to wade in here and argue that actually, depending on the translation, it’s possible that his father Enoch holds that title. Not one to be the cause of religious war, we’ll just go with – Methuselah, an old man from the Bible.

Director Darren Aronofsky (The Wrestler, The Black Swan) announced on Twitter yesterday – “I’m honoured to be working with the great sir Anthony Hopkins. We just added him to the stellar cast of Noah.”

Spoiler alert – you’ll know if you’ve read the book that Methuselah dies seven days before the start of the flood. Aronofsky followed his tweet with the hashtag #methuselahlives, so it’s possible they’ve chosen to take some creative license with Hopkins’ character. We’ll keep you updated for the next shipment of news.

Previous: Keri Russell to star in Dark Skies
Next: The Man Inside