On May 5th 1993, eight-year olds Stevie Branch, Michael Moore and Christopher Byers went missing in West Memphis, Arkansas. A day later, their bodies were found hog-tied, stripped and drowned in a muddy creek. While the identity of their murderer to this day remains unclear, in 1993 a jury took 11 hours to find three local teenagers guilty of the heinous crime, for which they were variously sentenced to death and life imprisonment. Damien Echols, Jessie Misskelley and Jason Baldwin were suspected of killing the young boys as part of a satanic ritual, the prosecution’s case largely based on their outsider status and minor run-ins with the law. The evidence weak and the pressure to convict strong, the spotlight shone on the legal system of West Memphis yielded an open-shut case drawn from hearsay, police coercion of witnesses and a wilful ignorance of conflicting testimony regarding the teenagers’ whereabouts at the time of the crime. In short, the entire case appeared to be a terrible miscarriage of justice.

Amy Berg isn’t the first filmmaker to document the case of the West Memphis Three. The HBO series Paradise Lost has spanned three volumes from 1996 to 2012, following the story for nearly as long as the convicted three have been in prison. Critically acclaimed and with an equally generous runtime as Berg’s two-and-a-half hour distillation, the series is recognised as all but definitive as a cinematic account of the story. Given the amount of forensic analysis in West of Memphis and the compelling evidence that seems to keep coming out of the woodwork, it’s clear that ‘all but definitive’ simply wasn’t enough for Berg and producers Peter Jackson and Fran Walsh. More than a film, West of Memphis is both an account of and an active participant in the fight for the freedom of Echols, Misskelley and Baldwin, occupying a space in investigative documentary alongside the likes of Errol Morris’s The Thin Blue Line.

As ever, the devil is in the detail, and Berg rightfully spends most of the film examining the facts. There’s only so much to be wrung from the injustice of the clear profiling that led to the teenagers’ arrest. To call out the West Memphis legal system as being simply ‘out to get them’ would only reflect the paper-thin foundations on which their arrest was meditated. West of Memphis smartly uses the case’s numerous blind alleys and wrong turns as a point of re-examination instead of as the film’s sole crux, allowing for further investigation that leads to some very uncomfortable viewing and even shines a light on who might have been the true culprit. 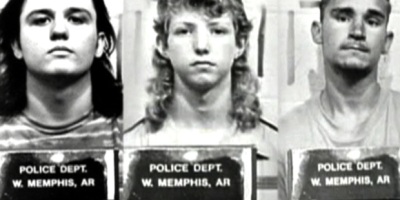 It’s a heaving, unwieldy and constantly morphing case, and the skill with which Berg manages to both sew together a coherent overview and create unbearable tension is commendable. There are revelations – in part funded by the film’s producers – that seem to blow the case wide open and should logically signify complete exoneration. But West of Memphis is as much about the rusty gears of justice as it is about this specific case, and each new piece of seemingly undeniable evidence in the favour of those convicted is duly wrapped up in red tape, left in a tangled mess.

The frustration is exhausting for everyone. In the context of Berg’s forensic overview, it’s completely necessary to relay the reality of the case. That said, depending on how you like your real-life murder stories, West of Memphis will either catalogue an endless stream of riveting information, or suffocate under the endless reams of detail and minutiae. A worthy analogue is David Fincher‘s Zodiac, its refusal to get out of police records or the DNA lab and into the action proving a treat for some and a bore for others. Documentaries have never been constrained to simply relating the facts of their subject, as this year’s hybrid thriller-doc The Imposter showed. They are a craft like any other, and West of Memphis might easily have dabbled in some arguably unethical narrative trickery with such a compelling story. Berg’s chosen method in documenting the West Memphis Three acknowledges the stakes and takes the high road, sifting and probing methodically until a truth emerges. 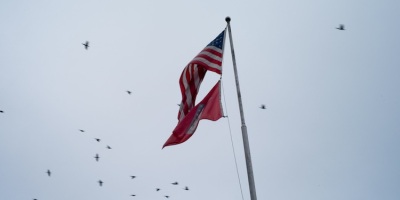 Does the truth emerge? Watch West of Memphis for twenty minutes and you’ll probably be able to guess. The case has such a large cast of characters, has seen numerous alterations of testimony and widespread politicisation that the truth seems an afterthought. Truths of police misconduct and biased political association muddying the case are appalling, but much more affirmative is the fact that West of Memphis arrives as an element of a movement, far greater in influence than the sum of its parts. Here the power of film is tangible, the inherent inaction of simply documenting blown away by lasting, and effective action.