Whoever said being slow was a bad thing? No-one, and these turtles are here to prove it. Remember the story about the hare and the tortoise? Remember how the tortoise won even though the hare was much faster but the tortoise KEPT ON GOING anyway and eventually WON? Well, that folk tale never lost its prevalence, and so we count down the best, the toughest, the slowest (in PACE) and the wisest turtles in cinema. 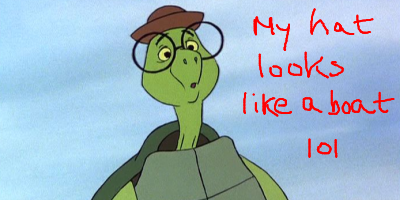 Isn’t he just the CUTEST?! He is, and here’s why. This little guy springs from Disney’s Robin Hood, best known for being a bit of a goody two shoes, a scaredy cat and wearing circular specs before Harry Potter made them cool. N’awwww. But he’s also a bit of a tattle tale, which is why he’s not a great contender for best film turtle. And he’s actually a tortoise. So… still, we’re giving him a chance because we’d love to see what he’s doing with his life today. He’d probably be over 50 years old now. Does that make you feel old? 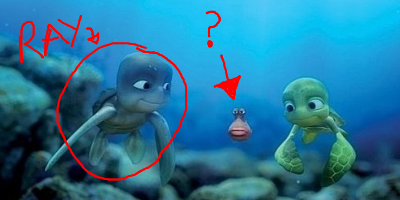 Ray is an Irish leatherback turtle with a penchant for eating stinky jellyfish. That about covers it, but we’ll let that sink in for a bit while we tell you that Ray hails from A Turtle’s Tale: Sammy’s Adventures and is BFFs with Sammy. Both hatchlings decide to venture off in search of “turtle paradise” discovering toothless sharks, hippies and girl turtles along the way. It’s bromance for turtles, and we’re all for celebrating a bit of bro-dom in turtle world. Ray deserves a place on this list because he’s got cheloniian flair, an absurd taste for strange cuisine and he gets the girl in the end. Lad. 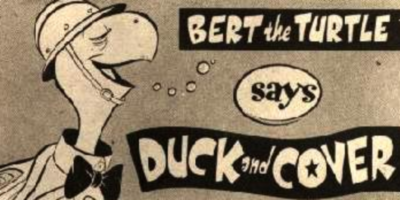 Back in the 50s, people had a few daily life-threatening situations to deal with, including the threat of nuclear war. Which is why America decided to create this civil defense propaganda film in order to teach kids how to duck and cover in case a bomb hit, and why not go with a cartoon turtle? Ol’ Bert’s sole duty was to stay very alert in case he got very hurt, which he does very well. What a noble turtle. We love a bit of philanthropy here at BFF, so well done Bert. This film also has a wonderfully catchy tune, we challenge you not to want to sing it after hearing it once (we’ve watched this more times than we care to admit).

We suggest you only watch the first 80 seconds of this film. The rest is dark and terrifying and let’s just say, thank God for Bert. 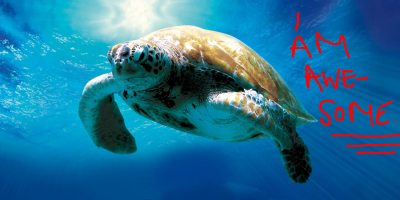 Imagine swimming across the North Atlantic from Florida, over the Gulf Stream and through frozen oceans, all the way to Africa and then BACK to the same beach you left from, with a massive shell on your back. Doesn’t sound so easy does it? Well, this female loggerhead turtle managed it just fine, attempting to recreate her ancestors’ legendary journey across vast oceans. This turtle’s extraordinary adventure is inspiring, and frankly makes our life pretty dull in comparison. Did you know that over the two million loggerhead turtles that are hatched and make the same journey, only 10,000 make it back safely to lay their own eggs? Yeah. Beat that. 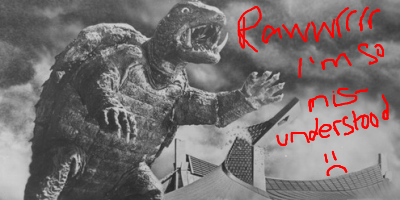 This giant Japanese turtle is a Kaiju (giant monster) and would probably give Godzilla a run for his money. According to Wikipedia, Gamera “has the general configuration of a turtle, albeit a tremendously large one that is capable of walking on two legs and flying.” So there you have it – this is why we make lists like these, so that we can stumble upon phrases like that. Gamera’s a lot like King Kong, in that he earns our empathy and we care a lot about his wellfare because he fights off more vicious looking monsters like Zedus; a giant sea monster. Gamera’s just a lot less cuddly than King Kong, but that’s about the only difference. 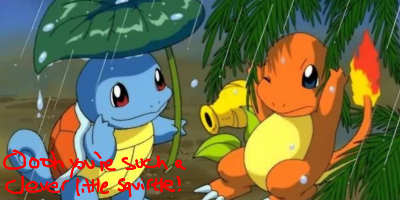 You may remember this turtle from spending many a day in your youth pretending that you were a Pokémon trainer throwing your cat around the living room and shouting at it to do something cool. No? Just us? Well anyway, there were a few turtle Pokémon we could have run with (Torkoal and Turtwig, hello!) but Squirtle is pretty adorable and shoots water out of his mouth much in the same way we projectile vomit. It’s all very impressive and magical, so seemed only right to deem this freaky turtle turtle-film worthy.

A lot of people tend to forget about Speed. You know how when you ask someone who their favourite film turtle is and they usually say “Oh, probably Crush from Finding Nemo. He’s cool.” Well, that’s because they’ve probably forgotten everything they loved about their childhood, including Speed from The Swan Princess. And boys, don’t admit you didn’t love this film. It was goddamn incredible. You wanna know the best thing about this little fella? When you picture a talking turtle, without a doubt you’re imagining Steven Wright’s voice. You just are, it’s an unavoidable fact. He also humours pal Jean Bob (a frog) in his clumsy efforts wooing Odette. Wit, charm and a great buddy. That’s what makes a great turtle. 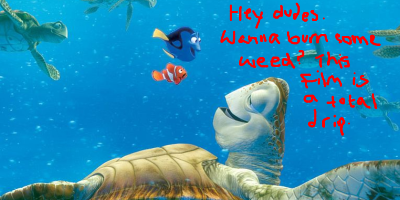 Grab shell dude! This sea turtle’s got it all; the sea-weed, a son called Squirt, a cameo in one of Disney’s highest grossing animations ever. He’s probably got his own fan club. In fact, according to one poll on fanpop, Crush pretty much terminates Nemo in popularity – by 100%! That’ll teach you to listen to your father next time, you pestilent clownfish! Crush is the kind of turtle you wanna hang with on a Saturday night because you know he’s got some serious sea-weed and probably a pipe. Gimme some fin! Noggin? Duuuuuuuuude. 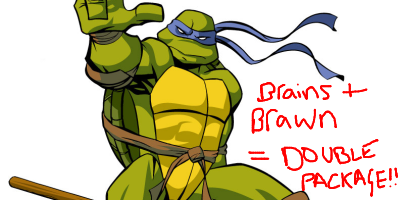 If there’s one thing we love more than owls or turtles, it’s anthropormorphic, teenage superhero NINJA turtles. Christ, it’s all too much for us. And on top of that, we love engineering, technologically brilliant and scientifically acute ninja turtles. We like the colour purple (not the film) and thus enjoy that Donatello wears a purple bandana. He may not be as young and sprightly as his other pals, but he’s far more controlled and probably a great conversation partner. And there’s nothing we value more here at BFF than intelligence and knowledge. LOVE IT. GIVE US MORE. 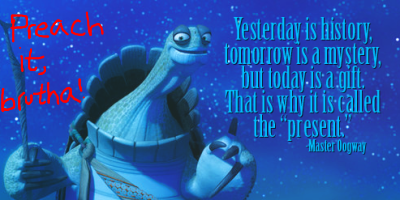 So you know how we’ve been ranting on about noble turtles and wise turtles and how much love all turtles in general? Well here’s our main reason why. After sifting through the mountainous choices of superhero turtles, ninja turtles, engineer turtles, junkie turtles and propaganda turtles, it ultimately comes down to which turtle is Dumbledore in turtle form. We like old people. We like old people who impart wisdom onto us, like Master Oogway from Kung Fu Panda. TELL US SOMETHING CLEVER, MASTER OOGWAY!

Shells off to you, Dumble-turtle.

Did we miss off your favourite turtle? We’re so sorry. Let us know who we’ve missed!

Previous: Lore
Next: The Paperboy