Argo to be remade by Iranian director 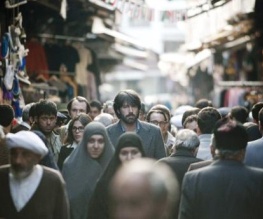 The Iranian national news has announced that an Iranian director will be remaking Ben Affleck’s Golden Globe winner, Argo, to show the world what really happened during the Iranian hostage crisis. Currently titled The General Staff, the film will retell the story of how American embassy workers were rescued from an uprising in Tehran in 1979 by posing as crew members of a sci-fi film.

Affleck’s telling of this incredible true story, which was recently declassified by the CIA, has been well received by critics and the awards bodies, but now comes under fire from the Iranian press, who are keen to set the record straight. The film will be directed by first-time director Ataollah Salmanian, who has said that the film will be based on eyewitness accounts to give a clearer picture of what went on. Iran’s broadcaster Press TV have voiced their objections to Affleck’s film, saying “The Iranophobic American movie attempts to describe Iranians as overemotional, irrational, insane, and diabolical while at the same, the CIA agents are represented as heroically patriotic”.

With films like Argo and Zero Dark Thirty being awarded, and tv series like Homeland gathering so much attention internationally, their one-sided point of view could be said to encourage middle-eastern fear and mass bigotry.

Although Ben Affleck carried out considerable research before filming Argo, and carries a degree in Middle Eastern studies from the University of Vermont, his film has been described as “a far cry from a balanced narration” and “replete with historical inaccuracies and distortions.”

Affleck’s response to the news that Iran was planning to remake his film was very positive, describing it as “a tremendous badge of honour” for them to be making a film in what he called a “Stalinist regime”.

Accusing Affleck of Islamophobia is a tad dramatic, but we can’t wait to see the Iranian take on things. The General Staff is set to start filming next year.

What did you think of Argo? Would you see an Iranian version of events? Let us know below.