Avengers sequel could yet feature X-Men – and Ms Marvel 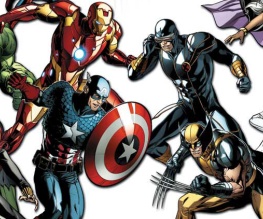 Avengers Assemble has been by far the biggest blockbuster success of the year, with Marvel’s various super-heroes teaming up to make one super-movie that marked the end of Marvel’s Phase One. Well, Phase Two is getting well under way, and plenty of rumours regarding the Avengers sequel are pouring forth into the world, like Chitauri warriors from a big swirly wormhole in the sky.

Most interesting of all are some encouraging words from Lauren Shuler, producer of all of the X-Men movies to date, which seem to open the door for the X-Men and the Avengers to team-up. The film rights to the X-Men franchise currently reside with Fox, and given the success of prequel X-Men First Class, they’re not likely to relinquish them any time soon. But that doesn’t mean it’s impossible that the two franchises might overlap.

“I would love it“, Shuler revealed. “I personally have close ties to Marvel because of Kevin Feige [Marvel producer and President of Production]. Kevin worked for me. But to take our characters and mingle them in the way that they were written… yeah, absolutely.”

That’s obviously far from a guarantee, but with the Avengers franchise now a license to print money, it’s entirely possible that Fox might be willing to lend some of their X-Men to Marvel for a cut of the sure-to-be astronomical box-office. Either way, that it’s being talked about at-all is certainly encouraging. The Avengers team in the comics quite often features one or more of the mutant X-Men, in particular the gruff Wolverine, and he’s someone we’d be particularly excited to see playing off the established Avengers heroes. If Hugh Jackman could be tempted to carry on the role, then all the better!

In other news, that paragon of respectable reporting The Daily Mail have suggested that the Ms Marvel character is due to make her debut in the Avengers sequel, with Emily Blunt and Ruth Wilson apparently chasing the role. No comment from Marvel on this one, so take it with a huge pinch of salt, but for what’s it worth, we can’t imagine either of these actresses in the role. They’re just not the right fit. For our money, there’s only one actress with the right blend of looks, physicality, acting chops and sense of humour to play Ms Marvel. 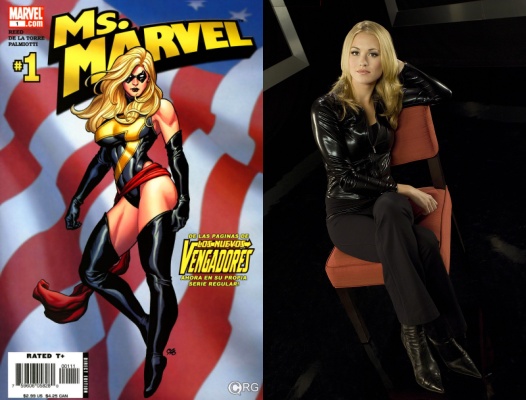 Would you like to see the X-Men cross paths with the Avengers? Who would you have playing Ms Marvel? Sound off below!

Previous: Michael Fassbender to feature in Terrence Malick drama
Next: Zac Efron’s new film does better at the box office than expected