Batman 3 gains a title, but loses a Riddler. 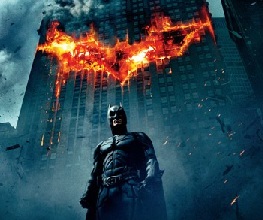 Back when Christopher Nolan’s last Batman film was announced, its prospective title surprised some. The Dark Knight, it seems, was viewed as a bit of a risk. Containing no actual character name, the title made sense to fans, but would others be confused? The answer, of course, was a recording breaking no. So, with few barriers standing in the way of naming Nolan’s third instalment, could we expect similar? Get ready, because in 2012 Batman will return in; The Dark Knight Rises…?

Okay, so it’s a little less daring than we would have expected. With many presuming that Nolan would focus on another Batman nickname, some have been surprised by a title that instead gives an image of the Caped Crusader stepping out of bed. But with the name clearly linking to the second film, it seems fair to say that Nolan (or the studio?) were eager to riff off its monumental success; an understandable move. Yet there was another expectation well and truly dashed in yesterday’s same L.A. Times article – namely that film’s villain “won’t be the Riddler”. Say wha?!

Perhaps worried that the conniving trickster would seem too similar to his vision of the Joker, Nolan is going down a different route; though we’re yet to know what that is. With the recent casting of Tom Hardy (known for his ability to bulk up) in a central role, could we be looking at somebody as silly as Bane… or even Killer Croc?! There is only one certainty; whoever Batman’s facing, Nolan is insistent that the battle will remain in 2D. Huzzah! The title may be a money spinner, but least Hollywood still has some integrity.