Batman vs Superman vs Wonder Woman 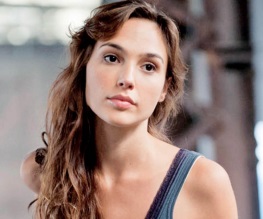 Zack Snyder’s unnamed Batman vs Superman film (we’re going to carry on calling it Batman vs. Superman, because Best For Film is nothing if not imaginative) has just taken a turn for the Avengers with the news that an obscure Israeli actress has been cast as Wonder Woman.

Gal Gadot, whose biggest role to date appears to have been in Fast and Furious 6 (her character died, so at least she isn’t having to worry about the stalled Fast 7 shoot), has pulled off a relatively massive career jump after appearing in just five films. She’s also a well known model in her native Israel, where she served in the IDF as a “sports trainer” (doesn’t sound too arduous).

As you can probably imagine, the Internet has gone mental like it always does. Popular criticisms on Twitter include “she’s too skinny”, “she hasn’t got big enough tits” and “her eyebrows aren’t Wonder Womanish” (what?), so we’ll probably dance to the public’s tune and write a blog about people who should have got the job instead, because we’re predictable like that. Seriously, though, Gadot is hell of tiny; she looks like Wonder Woman’s indestructible bracelets would tear straight through her little arms like a torque wrench through a meringue.

The underlying current of this news, of course, is that Snyder is clearly testing the waters in advance of relaunching the beleagued Justice League of America movie – which will almost certainly have to star Superman, Batman and Wonder Woman anyway. Add in rumoured appearances from Nightwing and the Flash, and you’ve got a pretty shameless stealth-JLA line-up…

What do you make of Gadot’s casting? Let us know below!

Previous: The Hobbit: The Desolation of Smaug
Next: Fast & Furious 7 halts production