Battleship continues to look like the Worst Film Ever 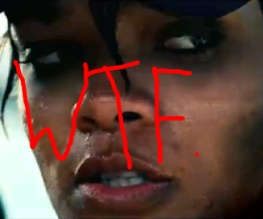 From the team which has consistently made the Transformers franchise the audiovisual equivalent of that bit in American Psycho where Patrick Bateman electrocutes someone’s tits, Battleship is apparently a film about a boatful of sailors who have to fight some aliens in a bigger, flying alien boat. Also, Liam Neeson and Rihanna are in it.

We’re running out of words for Battleship, although ‘utter fucking nonsense’ always goes down well. What are your favourites?