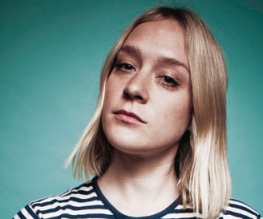 More arbitrary cast changes are afoot on the set of Lovelace, one of two competing biopics of adult star Linda Lovelace.

Last month we reported that Demi Moore had joined the production as legendary feminist Gloria Steinem, but following her unexpected admission to an LA rehab centre earlier this week she’s officially out of the picture.

Fortunately, however, boss-men Rob Epstein and Jeffrey Friedman have immediately found someone to take over Moore’s trailer, hairdryer and extensive selection of prescription painkillers – actress, ex-model and 90s It Girl Chloë Sevigny.

Previous: Aardman pulls perfectly armless leper joke from Pirates!
Next: This Must Be The Place