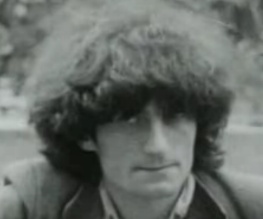 If you thought Gone With The Wind was long, then brace yourselves because Cinématon takes the biscuit.

Gerard Courant’s epic, Cinématon is 155  hours long. Yes, 155 hours! That’s 6.4583 days. So as well as potentially being the most expensive cinema trip ever (3 lots of nachos a day, for 6 days), it will also be the longest. On the Seventh day God rested – maybe that’s why Courant didn’t make it a week long. We’d expect a film like this to be so lengthy because it’s so full of amazing scenes, they couldn’t possibly cut anything out right? Well…not quite. It’s essentially a collection of 3 minute and 25 second clips of various people doing…not a lot.

Courant began making Cinématon on the 7th February 1978. That’s over 31 years in the making and apparently it’s ready now.  Do you want to hear the best bit about the film? Or more appropriately not hear the best bit about the film? It’s also a silent movie. Silent. No sound. So in total the film breaks two records; Longest film ever made and most boring film ever made.

It will screened publicly for the first time later this month in Avignon France before appearing across cinemas internationally. As much as we love films, we can’t think of anything worse than editing together over 2,500 short films into a six day event. The only thing left to wonder now is whether Cinématon’s eventual DVD release will include deleted scenes and an extended version. Perhaps there will be no day of rest after all…

Previous: Gone in 60 Seconds: Nicolas Cage’s Fortune
Next: Night at the Museum 2