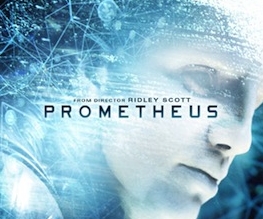 If you were crossing all your fingers and toes for a Prometheus sequel, this bit of news just might ruin your day. Damon Lindelof, the writer who reworked the Prometheus script, has confirmed in no uncertain terms that he will not be involved in any form of a sequel.

Let’s go back and explain this. Initially, Jon Spaihts had imagined Prometheus as a straight up prequel, with the ending corresponding directly with the beginning of Ridley Scott’s Alien series. The ship which we see crash in Prometheus was meant to be the same Space Jockey craft that Ripley discovers years later. However the idea had to be tweaked in order to satisfy Fox execs who were looking for the possibility of a trilogy. This is the scene into which Damon Lindelof stepped in. He did what was asked and left the final fate of Elizabeth Shaw (Noomi Rapace) and the head of David the android (Michael Fassbender) an open ended question that could be easily engineered in to a sequel.

The opportunity may be a moot point at this stage, as Bloody Disgusting reports that pre-production for the next installment is “in flux, and in a state of jeopardy”. Scott apparently has no clue as to where the story go next which is of course “freaking out” the head honchos at Fox. Lidelof’s definite departure can’t be helping matters but he’s been rather decent about giving a reasonable reason. In an email sent to Slash Film, he states “I have found, unfortunately, that if I take on too many projects at one time, there is a higher probability of those projects sucking… I (am) already neck deep in writing and producing Tomorrowland (so)… in the best interest of the franchise, it was best to take myself out of the running”. Fair play, we say.

What do you think? Is Lindelof a traitor to the cause? Or are you happy to hear the prequel series is on the verge of being kaput? Let us know!