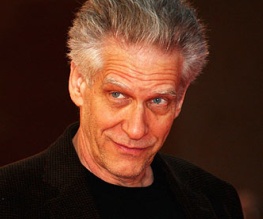 Director David Cronenberg is to act in a film adaptation of a Don DeLillo novel, called Body Art. Cronenberg is best known as a director of films like sci-fi classic The Fly, A Dangerous Method, and most recently, Cosmopolis (which is an adaptation of a Don DeLilo novel). However, he also has 26 acting credits to his name, including appearances in Barney’s Version and Crash (1996).

The film will be directed by Luca Guadagnino, best know for directing Tilda Swinton in I Am Love. Body Art will also star Denis Lavant, who recently appeared in Holy Motors as the film’s lead, and Isabelle Huppert as a woman grieving over a lover, who finds a mysterious stranger living in her house.

Cronenberg’s next film to direct will be Maps to the Stars, taking a look at Hollywood and what it says about Western culture. It will star Robert Pattinson (who was in Cosmopolis), Viggo Mortensen (who was in A Dangerous Method) and Rachel Weisz. It will begin shooting next summer. To the delight of many fans, rumours of a remake of The Fly (1986) have now been quashed by Cronenberg.

Are you a Cronenberg fan? Is he as good an actor as a director? Let us know what you think.

Previous: Gore Verbinski to direct adaptation of graphic novel
Next: Entourage film given the go-ahead by Warner Bros