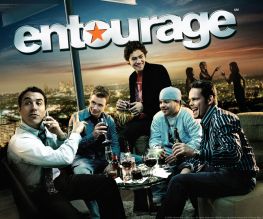 At long last, Entourage fans can crack open a bottle of Israel’s finest, because Warner Bros has finally agreed to make a feature film of the beloved HBO series. A film adaptation of Entourage has been in talks almost as long as a Friends movie has (IT’S BEEN 10 YEARS, HURRY UP), but finally the 8-season long TV series has been given the green light. It’s all go in the Warner Bros studios at the moment, what with the future of Justice League hanging in the balance, so it’s good to see they’re pulling out all the stops for their HBO fans.

Following a group of childhood buddies living in LA and taking full advantage of their friend Vinnie’s acting career, the Entourage film is likely to be set 6 months after the events in the series finale. In the last ever episode, we saw Vinnie (Adrian Grenier) heading off to his wedding day while his agent Ari Gold (Jeremy Piven) is offered a position as a studio boss. According to series creator Doug Ellin (who is also set to write the script – yay!) the friends will still be “hanging out and going to parties” which is all we care about.

The original cast, including Adrian Grenier, Kevin Connolly, Kevin Dillon, and Jerry Ferrara are all hopeful to star to the film adaptation, which is just as it should be, with Warner Bros currently securing deals with the lads. Entourage will certainly provide leverage for heavy A-list cameos, as the TV series has already included the likes of Martin Scorsese, John Cleese, James Cameron and Matt Damon.

Executive producer Mark Wahlberg (who also appeared in Entourage, and also, who actually knew Wahlberg was executive producer?!) said of the film in June last year, “I think a 90-minute movie of sheer craziness – the guys getting back to just being about the guys, you know? Lose the ladies. Go crazy. Give people what they want.”

While Entourage certainly works as a TV series, we at BFF are nervous. Is the Entourage: the Movie just going to turn into a Hangover spin-off? Or even a justifiable Movie 43? Someone tell us this isn’t going to happen. Please.

What does the prospect of an Entourage film do to your psyche? When are they FINALLY GOING TO MAKE A FRIENDS FILM?