Dawn of the Planet of the Apes secures Matt Reeves 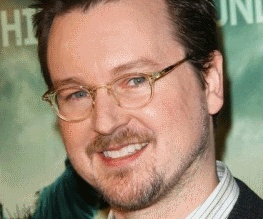 Rupert Wyatt is reported to have left the project because he was reluctant to rush the final product to meet Fox’s desired release date. Reeves himself also left a project recently, and just as we speculated last week (you could say it dawned on us, but you probably shouldn’t), he has walked straight into Wyatt’s empty seat. Reeves left The Twilight Zone movie due to scheduling conflicts, but evidently those conflicts don’t affect his work on Dawn of the Planet of the Apes. Either that, or the conflict was with Dawn of the Planet of the Apes. Either way, Reeves is on board.

We don’t want to be smug, but we definitely called this. Admittedly it didn’t take a huge leap, given that Fox announced that Reeves was top of their hit-list, but we called it all the same. However, if – as we also predicted last week – Rupert Wyatt now takes over Reeves’ Twilight Zone movie, then we want statues built in honour of our exceptional, visionary foresight.

Dawn of the Planet of the Apes will follow the continued adventures of Andy Serkis‘ incredible mo-capped monkey Caesar as he continues to lead a revolution against human-kind. Specific plot details, such as how long after the first film this is set, are yet to be revealed, but given that title, we’d say it’s been a fair while, and that Caesar’s campaign is going rather well. Matt Reeves proved he can do big, CGI destruction with Cloverfield, as well as the subtleties and emotions that came with Let Me In, and he’ll likely need to combine both sides of his skill-set here. We’re confident Reeves is up to the challenge.

Previous: TGIM: Made In 3 Mills Film Festival
Next: Seth MacFarlane to host next year’s Oscars