Django Unchained gets release in China 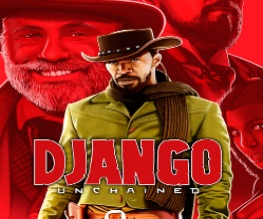 Django Unchained will premiere in the Peoples Republic of China on April 11. This is surprising to say the least as China only lets 34 ‘family friendly’ foreign films in per year and only after they have been ruthlessly screened for violence, nudity and material which is deemed ‘politically sensitive’.

Wait a minute… Django Unchained… family friendly? Have they seen the film?? Tarantino’s antebellum revenge epic is arguably his most gratuitously violent film yet – which is really saying something. In the past Chinese censors have had issue with Karate Kid as they didn’t like the depiction of the film’s Chinese villain. They also delayed the release of Kung Fu Panda‘s because it portrayed the Chinese national symbol as being comedic and clumsy – so how come Djando managed to dodge the censors?

Well, firstly, since American action films dominate the Chinese box office, even with some of the nudity and violence removed, the film is likely to be extremely popular. However, more importantly, it has been argued that there is a political incentive behind the censor’s decision: in 2010 Chinese officials used American slavery as an example of the US being hypocrites for critising China’s human rights record, so a portrayal of this shameful point in American history could be deemed a welcomed reminder of this. Also, because there is anger in China at the moment over inequality, pollution and government corruption, Django Unchained points out that even America has its own problems. Moreover, the American Civil War is taught in schools in China as a way to justify to its citizens that every country fights for territory. So, China’s insistance that Tibet, Xinjiang, and eventually Taiwan be part of the mainland is no different.