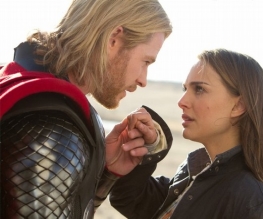 Despite the concerns of whether US audiences would embrace a comic book character that wore silly costumes (don’t they all?) and anxiety over whether the film would be any good, Thor trumped the competition at the US box office recording an opening of $66 million. You could even say that the result was verily good (geddit? No?)

Despite the added benefit of 3D, Thor couldn’t usurp Fast Five as having the biggest opening weekend at this year but laid down a decent marker for other comic book films to reach. With its opening in the US Thor has now taken $242 million worldwide.

Fast Five slipped into second place with $32.5 million and is now on its way to being the highest grosser in The Fast and the Furious franchise both domestically and internationally. New entries Jumping the Broom and Something Borrowed entered the charts at 3rd and 4th respectively with both recording figures in the low tens of millions whereas another, higher profile and oft delayed film The Beaver, directed by Jodie Foster and starring Mel Gibson, stalled in its limited run garnering $104,000 in 22 locations. Ouch.

Previous: First teaser trailer for The Skin I Live In
Next: The Muscles from Brussels is Back!